For years the American Academy of Pediatrics (AAP) has recommended that kids up to 4 feet 9 inches tall ride in booster seats, but now Washington state is making it law. The new law could mean many kids will be in some type of car seat well into middle school.

According to the AAP, if a child’s knees don’t bend at the end of a seat, letting their feet touch the floor, they should be in a booster seat. The new Washington law went into effect in January to reinforce this guideline, leaving parents at risk of getting a traffic ticket if they don’t follow.

Other changes under the new law include:

The most recent numbers from the CDC show that a total of 675 children 12 years old and younger died in crashes nationwide in 2017, while nearly 116,000 were injured. Of those who died, 35 percent were not buckled. Experts believe that the longer a child can stay in a more protective car seat, the better it is for their safety.

The AAP says there are factors besides height to consider as well. The lap belt should go across the thighs rather than across the stomach, and the shoulder belt should cross between the neck and shoulder to optimize safety. If you need help finding the correct car seat fit and making sure it’s installed correctly, you can use this locator to find someone to assist you in your area.

According to the CDC, “Always buckling children in age- and size-appropriate car seats, booster seats, and seat belts reduces serious and fatal injuries by up to 80%.” The state of Washington’s new law only helps to enforce the guidelines of the CDC and the AAP.

So far no other states have followed suit, but surrounding states are reminding drivers to be mindful of the new law when driving through Washington. Now if someone could just explain to our middle schoolers that staying safe while driving is “cool” no matter where they’re sitting or what they’re sitting in, parents would be all set. 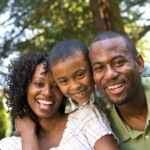 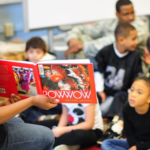