ParentsTogether Statement of Solidarity and Commitment to Action

White supremacy destroys our children. It eats alive children of color. It poisons white children with its toxic impact on every layer of society. It pits low-income communities of all races and ethnicities against each other, protecting a system that puts profits and property ahead of life, dignity, equality, and justice. As many Black leaders have said in recent days, racism is the pandemic that has crippled our country since its founding.

We are saddened and angered by the violence being inflicted on Black bodies, including the recent murders of George Floyd, Breonna Taylor, Ahmaud Arbery, and Tony McDade. ParentsTogether stands with and supports #BlackLivesMatter and the Movement for Black Lives. We support those who are turning out to protest white supremacy culture. And we condemn the violence being perpetrated on these protestors — through the actions and words of the police, the armed forces, and the president.

For too long, organizations like ours have failed to put combatting racism at the top of our agenda. Too many nonprofits talk about serving children or families — without naming that until we meaningfully confront and work to dismantle white supremacy, we will never make real progress on the issues for which we fight.

As ParentsTogether’s leaders, we’ve made this mistake ourselves — as this moment has put in sharp relief. Even as we’ve been deeply committed to creating a world in which all children and families thrive, we’ve failed to make the fight against systemic racism foundational to our work.

As we respond to the crisis, we are committed to doing a better job following the leadership of Black-led organizations, listening to our diverse members to hear what they need, and strategizing on how we can bring our resources to this fight for justice. We also recommit to weaving anti-racist principles and practices into every aspect of our organization.

At the same time, we are committed to speaking out and looking unflinchingly at our own complicity in a sector that for too long, has largely allowed the fight for racial equity to be carried by those who are Black, Indigenous, or people of color.

As we share our public support of Black-led organizations and those taking to the streets in this moment to demand justice, we also call on our largely white-led and white-funded sector: We must commit to putting the fight to combat systemic racism at the heart of our work. 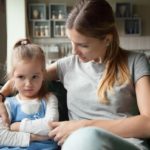 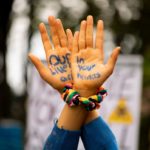 How To Talk To Your Kids About Protests, Racism and Injustice