In February, the Food and Drug Administration (FDA) issued a sweeping recall of several brands of powdered infant formula. An investigation started in September 2021 with a baby in Minnesota, who was sickened with Cronobacter sakazakii. Five infants were hospitalized, two of whom died, by the time the recall was issued.

The FDA warns consumers to avoid Similac, Alimentum, and EleCare powdered infant formulas produced at Abbott Nutrition’s Sturgis, MI. Parents are also urged to contact their pediatrician if their child develops symptoms of a Cronobacter or Salmonella infection, which include poor feeding, irritability, temperature changes, jaundice, grunting breaths, abnormal movements, lethargy, rash, or blood in the urine or stool. An infection with this bacteria can lead to sepsis (a life threatening infection) or meningitis.

If you think your family may be impacted, here are some helpful resources:

The FDA understands, as do most parents, that formula is an important—and sometimes only—source of nutrition for infants. So it’s especially troubling that a joint report from the World Health Organization (WHO) and the UN Children’s Fund (UNICEF) last month found that baby formula marketing is “pervasive, misleading and aggressive.”

The agencies maintain that the formula milk industry uses “systematic and unethical marketing strategies to influence parents’ infant feeding decisions and exploitative practices that compromise child nutrition and violate international commitments.” Not only had up to 97 percent of parents and pregnant women surveyed been exposed to formula milk marketing, the messages were often misleading or downright false.

Among the false messages were claims that breastmilk doesn’t provide adequate nutrition for infants, that formula improves development or immunity, and that breast milk quality declines over time. In fact, breastfeeding is a powerful protectant against infant malnutrition and can even prevent 13 percent of child deaths. It also protects both baby and mother against a number of diseases.

Despite the benefits of breast feeding, there are countless reasons to choose formula feeding instead. It’s a highly personal decision made within each family—one that parents and caregivers should be able to make with confidence, knowing that both options are safe and the information they use to make their decision is accurate.

However, the four-month delay between infant illness and a recall being issued in this case was not an isolated event. An inspector general report in 2017 found “deficiencies” in the FDA’s recall process, stating the agency lacked adequate procedures to initiate, evaluate, track, and enforce actions against potential health risks. The FDA has taken steps to strengthen their response to foodborne dangers, yet issues continue to arise. In 2019, for example, a report from one nonprofit revealed that 95 percent of tested baby foods in the U.S. contain toxic metals. In response, in October 2021 the FDA announced their Closer to Zero action plan, which outlines action items through April 2024 and beyond for setting action levels for various toxic metals when found in foods.

The WHO and UNICEF similarly call for new codes and procedures to identify and stop unfair advertising practices and the spread of misinformation in the infant formula industry.

Actions such as these can serve to make feeding our babies feel a bit safer, and make our decisions around infant nutrition better informed. But there is still much work to be done. Ultimately, parents need formula. And parents need to voice the concerns they’re dealing with to encourage lawmakers to pass legislation, codes, and policies to hold these industries to the safety standards parents should be able to expect. 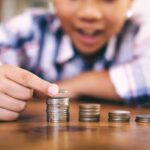 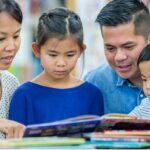 5 Banned Books You Should Read as a Family