After surveying 1,334 new moms, the Centers for Disease Control and Prevention (CDC) has determined that most babies may be starting on solid food too early. What’s even more surprising is that most of their mothers are actually following doctors’ orders.

The American Academy of Pediatrics recommends waiting until babies reach six months old to start introducing solid foods into their diet. In the CDC’s study, nearly 93 percent of mothers said they had already given their babies solid food before the six-month mark. Additionally, they found that 40 percent of the survey respondents had introduced solids earlier than four months, and 9 percent had even offered solids to babies under 4 weeks old.

Breast milk and baby formula are specifically formulated to provide all of the vitamins, nutrients, and calories babies need to grow in their early months. Replacing their primary source of nutrition with foods they can’t yet process can be detrimental to their physical development. So babies who start eating solid foods too early can develop poor nutrition, and are at higher risk of chronic diseases like diabetes, obesity, eczema and celiac disease later on.

Pediatric dietician Ann Condon-Meyers, of the University of Pittsburgh Medical Center and the Children’s Hospital of Pittsburgh, explained to NBC News why this six-month milestone is so important in deciding when to start giving babies solid food. “If you start giving solid food too early then you are diluting the nutritional intake,” she said. “You’re getting more calories, but less of the nutrients a baby needs to grow.”

When asked why the parents were choosing to introduce solids to their babies before six months, some common reasons given were that their babies were very hungry, or wanted the food that they were eating. Some also mentioned the solid food helping their infants sleep through the night. Most alarmingly, about half said that they were following instructions from their health care providers.

Kelley Scanlon, an epidemiologist with the CDC, co-authored the study on early feeding habits. Reacting to the survey data on misinformation from doctors, Scanlon said, “That, for us, indicates that health care providers need to provide clearer guidance and really support women in carrying out the recommendation.”

Likewise, some health care providers may not have all of the current information they need to give the most up-to-date guidance. The health care system and institutions like the American Academy of Pediatrics and the CDC are looking into how they can improve communications. Until then, 1000 Days, a nonprofit devoted to improving nutrition in the first two years of childrens’ lives, offers five milestones to meet that indicate your baby is truly ready to start trying solid foods. 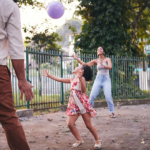 Science Shows That Nature Makes Kids Happier—Here’s How To Take Advantage, Even During Social Distancing 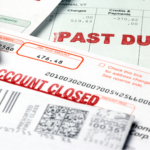