A study of youth in high-performing school environments found that low-income minority high school students in these academic settings were less likely to engage in risky behaviors such as truancy and drug use.

The research, titled “Assessment of Exposure to High-Performing Schools and Risk of Adolescent Substance Use,” was published in the JAMA Pediatrics journal. It conducted a “natural experiment” of 1270 students who entered lotteries for admission to at least 1 of 5 competitive charter schools in low-income, minority communities in Los Angeles, California.

While schools are undoubtedly a child’s main source of academic learning throughout childhood, research like this underscores the influence that school environments have on social, behavioral, and health outcomes as well. According to the Centers for Disease Control and Prevention, “School environments can affect student health and academic outcomes. School and family connectedness during adolescence are linked to reductions in poor health outcomes in adulthood. To have the most positive impact on adolescent health, schools, government agencies, community organizations, and community members must work together.”

With little other experimental data showing what kinds of school environments and experiences have the greatest influence on adolescent health, the research suggests competitive charter school settings may address and aid in the prevention of risky behaviors among students such as marijuana and alcohol use—particularly among low-income minority boys.

The research team, led by Rebecca N. Dudovitz, MD, MS, wrote that their findings “are consistent with studies suggesting [there are] sex differences in the factors associated with risky health behaviors and the potential for school environments to intervene on these factors.” Prior evidence has shown that school environments contribute more to the selection of boys’ social networks than girls’, and that the influence of more “typical” low-quality school environments may be more negative for boys. Researchers emphasized the need for further study of school-based social networks and school culture in order to create healthier learning environments.

Are there health risks associated with high-performing schools?

Recent studies of charter and high-performing schools underscore the importance of identifying which factors, such as potential student stressors, could further impact health. This could help experts define exactly which traits of a school environment contribute most to health outcomes.

Seemingly in contrast with these new findings, the Washington Post recently reported that students in high-achieving schools “are experiencing higher rates of behavioral and mental health problems compared with national norms.” The article cited a 2019 National Academies of Sciences, Engineering and Medicine report on advancing health equity among American children. The report added youths in “high achieving schools” to their official list of at-risk groups, due to the high pressure to succeed. The list also includes children living in poverty and foster care, those who are recent immigrants, as well as children whose parents are incarcerated.

However, a report by the Robert Wood Johnson Foundation linked the associated increases in stress, behavioral problems like cheating, and mental health issues such as depression and anxiety most frequently with charter schools in affluent areas. It’s interesting to note that the new study showing health benefits of similar environments was conducted using data in low-income areas, indicating that the socio-economic profile of a school’s neighborhood might be a contributing factor to health outcomes.

As for other types of schools, Dr. Dudovitz acknowledges that “charter and traditional public schools vary in terms of composition and outcomes.” She concludes, “Investing in high-quality public schools may be an important strategy for achieving health equity for all students, and particularly the most disadvantaged.”

Ultimately, experts have called for more research into how school environments challenge and positively influence the health behaviors and academic performance of students across various household incomes. Such knowledge will increase the quality of our school systems overall, ultimately improving children’s health and development and increasing their potential to succeed in the future. As stated by the researchers in this study, their findings provide “compelling evidence that school environments can influence health for low-income minority students and suggests that investing in healthy schools might yield valuable population health returns.”

Opportunities not available to all

Of course not every family has access to high-performing charter schools. So what can parents in this situation do? As much as possible, get involved at the school your child does attend. Participate in parent meetings, and vote in school board elections (or even run for a position on the board yourself). Call for improvements like mental health support for students and staff, and tutoring programs. And above all else, keep the lines of communication open with your child and be sure you’re creating a safe, supportive environment at home, to give them the secure foundation they need to do their best in the world. 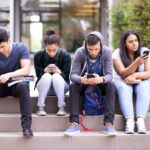 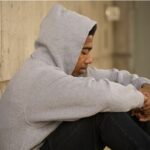