Since Russia first invaded Ukraine in late February, young people have been getting much of their news and information about the war from social media—primarily TikTok. According to a study from 2020, kids as young as four have been spending an average of 80 minutes a day on TikTok, making it the fastest growing social media network for young people. In recent months, people in Ukraine and the surrounding region have been sharing their first-hand accounts of the war on the app.

While apps like TikTok can allow for creative expression and increase feelings of social connection—especially during the increased isolation of the COVID-19 pandemic—they lack the context and fact checking of more traditional news organizations when used as a source of information. Content about the war that children encounter on the app might also include graphic footage, emotionally traumatizing stories of people impacted by the conflict, as well as blatant misinformation.

A recent virtual talk called Kids, War, and TikTok: What Parents Need to Know, hosted by the digital citizenship and safety organization CyberWise, explored how information about the war in Ukraine is reaching kids in the United States through TikTok. Online safety experts Diana Graber and C.J. Lindsey spoke with media psychology researcher Dr. Pamela Rutledge about how the app became a hub for content about the war, and how parents can navigate this complicated topic with their kids.

Aside from its massive popularity among young people, TikTok’s video functionalities such as live streaming have been uniquely appealing to content creators impacted by the war in Ukraine. Additionally, its “For You Page” allows content to circulate more widely than just among one’s own followers, creating more possibilities than other platforms for a creator’s videos to go viral.

TikTok as a news source

Since its inception, TikTok’s content has evolved from mostly dance videos and memes to a widely used source of educational information and reporting on current events. At least half of teens get most of their news from social media apps like TikTok. News in this format is in their “language,” according to Dr. Rutledge.

While the app can be a great source of unfiltered information from important world events as they unfold, it also lacks the layer of fact checking that more traditional news sources have, which can make information from TikTok relatively unreliable to the untrained eye.

Another potential pitfall of TikTok as a news source for kids is the graphic nature of some of the content that can make it to their feeds. Dr. Rutledge explains the jarring juxtaposition of graphic war footage set to current music which has been showing up in teen’s TikTok feeds, among other disturbing content. This exposure to graphic footage and emotionally disturbing stories about the impacts of the war can cause secondary trauma to kids and teens.

On the other hand, the “TikTok-ification” of the war in Ukraine has prompted many young people to get involved in discourse about the conflict in often innovative ways. At the outset of the Russian invasion, kids online took an unorthodox approach in calling for peace, flooding social media accounts dedicated to Russian President Vladimir Putin with trolling comments attempting to convince him not to invade Ukraine.

What can parents do?

If your kids use TikTok or other social media apps and you believe they may be seeing content about the war in Ukraine, the panel of cyber safety experts had several recommendations: 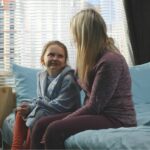 5 Ways to Prepare Your Preteen For Their First Period 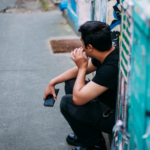