The mental health epidemic can touch anyone’s life, considering about one in five adults suffer from a diagnosable mental illness in any given year. But this struggle can hit the transgender and nonbinary community particularly hard.

That’s in part due to the unique stressors impacting these kids. The Trevor Project’s third annual National Survey on LGBTQ Youth Mental Health revealed that 75 percent of LGBTQ youth have experienced discrimination based on their sexual orientation or gender identity at least once, and many suffer an enormous amount of stress from their identity not being affirmed. As reported by Forbes, “More than half thought it would be better to be dead, rather than trying to live with rejection, isolation, loneliness, bullying and being targeted by politicians and activists pushing anti-trans legislation.” So while tragic, it’s sadly no surprise that 52 percent of all transgender and nonbinary young people in the U.S. seriously contemplated suicide in 2020.

This issue was made painfully clear late last month, when an obituary for a transgender youth began circulating on social media.

Haley Gabriella Feldmann’s family raised her, at first, as many might expect. “She was called boy and so we gave her a boy name—now a dead name. We gave her boy clothes, boy toys, boy things,” Haley’s family said in her obituary. “We didn’t know she was our daughter and so we called her son and brother.”

As she grew older her loved ones could tell something was wrong, as she retreated into herself and cut others off from her private struggles. “She had begun to grow afraid of the world as she began to understand herself and who she was, and the reality of her situation became apparent,” her family shared. “The more she learned of how the world would judge her for not being who it thought she should be, the more she withdrew.”

But once she shared her truth with them, “trusted us to see beyond her body to her soul, to believe her, and to love her,” Haley’s family became fiercely protective and unfailingly supportive. They continued to cherish their child—their daughter—for her humor, unique brand of creativity, and pride. “She created her own language with a full alphabet and rules, spending years revising and perfecting it, and, in typical Haley fashion, did not leave a key. She created her own maps, detailed in geography, and her own countries, rich in their histories.” She hung out with her loving and faithful dog, Lucy, and graduated early, even before her peers.

Unfortunately, that was not enough to overcome the cruelty and judgement of a world that refused to accept her as she was. She ended her life on November 12, having “grown weary of the knowledge of her reality, knowing this country and this world would never stop trying to force her to submit to its ignorance.” She left behind an inconsolable group of friends and family, including her parents and nine siblings.

They closed the heartbreaking tribute to Haley with the following plea: “In lieu of thoughts and prayers, her family asks that you be kind to the living and generous with what you have, be it your love, hope, or wealth. Do better unto others as you would have done to you, and reach back to those in need, lift them up, raise them higher, and love love love thy neighbor.”

Here’s what you can do

In the face of such a huge, widespread problem, it can be hard to know how to help. But if anything has been made clear in the wake of the Feldmann family’s tragedy, it’s that change begins at home.

Acceptance among family is shown to make a huge positive difference for LGBTQ+ youth, so it’s important to know how to support your child if they come out to you as a member of the LGBTQ+ community (we have a script to help you know what to say and do). And even if you don’t have a child at home who embraces a non-traditional identity, you can raise your children to be accepting and supportive of others who do, so that they can be a strong ally for vulnerable peers in the future. 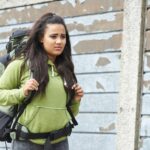 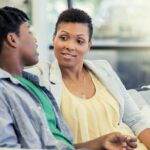 How to Talk to Children about Substance Misuse and Addiction