Children make up half of the 70 million people who have been displaced from their homes around the world due to social or political crises. In the face of this massive, and growing, need, Sesame Workshop has teamed up with the International Rescue Committee (IRC) to create a new show in Arabic, specifically to serve refugee children in the Middle East.

The program is called Ahlan Simsim, which translates to “Welcome Sesame” in Arabic. In the spirit of reaching out to children living in refugee camps or otherwise estranged from their homes, the show features a Muppet named Jad, who is a refugee himself. The character is voiced by a Syrian actor, and references his old home which he had to leave behind.

Sesame Workshop, which has produced the popular children’s show Sesame Street for the past 50 years, has grown into a formidable nonprofit organization that serves vulnerable children in over 150 countries. The partnership with the IRC, an organization with a proven record of experience helping families in conflict zones, will bring educational and uplifting content to refugee children in Syria, Jordan, Lebanon, and Iraq.

For their part of this operation, the IRC has set up educational spaces in the refugee camps, complete with satellite TV, so the children can watch the show and participate in other learning activities. Through the joint effort of these organizations, refugee camps across the Middle East will host year-long preschool classes, provide activity guides for parents and childcare providers, and perform supportive home visits for parents. The groups will also advocate for equitable treatment of refugee children in local and national governments.

In 2017, the program was awarded the top prize of a $100 million grant from the MacArthur Foundation through their 100&Change grant competition. Since then, Sesame Workshop and the IRC have built the largest early childhood educational system in the international aid network.

Sherri Westin, the executive vice president for Global Impact and Philanthropy at Sesame Workshop, spoke about the urgency of their mission. “The issue we are addressing is the greatest humanitarian crisis of our time. We know we can make a difference in the long term if we reach children early. Without that, there’s an entire generation at risk, and that has repercussions not just for their future, but for a more peaceful, stable world for all children.”

The MacArthur Foundation grant has a 5-year funding period. The funders have hopes of expanding their efforts to other parts of the world that are experiencing conflict, including Bangladesh and Uganda. 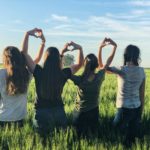 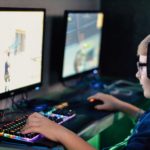