As Central American families flee violence in their home regions to seek asylum at the U.S. border, many of them are forced to wait in Tijuana or other border towns for several weeks or more at a time. During this uncertain waiting period, after what has already been a grueling journey, there is very little for young kids to do in the crowded shelters for asylum seekers. What’s more, the San Diego Union-Tribune reported that Tijuana’s shelters are too rough and chaotic for young children, so parents and caregivers are constantly vigilant and stressed.

Enter the Nest, an early childhood education center across the street from one of Tijuana’s shelters for asylum seekers. The Nest, which is for children up to age six whose families are staying at the shelter, offers age-appropriate opportunities for hands-on learning and exploring. It provides an innovative preschool experience to children who have never had access to preschool, and has become a safe space for parents, grandparents, and kids to play, bond, and relax together using the books, exploratory toys, art materials, light projectors, and more.

The creator of the Nest is Alise Shafer Ivey, a longtime early childhood director from Santa Monica, California. Her nonprofit organization has opened similar Nest spaces in areas of Greece and the Democratic Republic of Congo where there are also large numbers of refugees. “This isn’t a Band-Aid solution … it’s so much more than that,” Ivey told Public Radio International (PRI). Having this space to learn and play — away from the turmoil of their lives in the shelter — can positively impact children’s development, especially if they have experienced trauma.

One mom who fled drug cartel violence in Michocán, Mexico, with her three-year-old, said that her son had been acting aggressively toward other kids while in the shelter, but the Nest has helped him find balance. “Now he doesn’t fight. He plays with the other kids. I used to have to grab him so he would turn and listen to me. Now he turns and looks at me. He reaches for my hand.”

The teachers at the Nest also train some of the adult refugees in early childhood education practices. One asylum-seeker who volunteers there said, “I’ve learned to be a better dad. I used to tell them, ‘No, do it this way. Because I said so.’ And I learned that I was wrong. Having them do things on their own gives them more confidence in their decisions.” 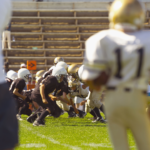 Should Kids’ Tackle Football Be Banned? 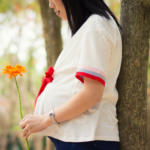