Trans Student Athletes Targeted in Legislation Across the US

In recent months there has been a wave of new legislation introduced across the country aimed at barring transgender students from participating in school sports. Bills have already passed in states including Mississippi and Idaho, and more are on the verge of passing in over a dozen other states including Arkansas and Tennessee.

These bills have been rolled out under the guise of protecting cisgender (non-trans) women and girls in sports from potential harm or unfairness that lawmakers say would come from trans kids playing alongside them. However, excluding trans youth from sports and other activities only serves to further marginalize their already at-risk community—while also chipping away at the legal precedents that have been slowly pushing forward gender equality over the years.

Transgender students and their teammates are watching the news of these bills with growing tension—faced with the fact that these bills, such as the “Mississippi Fairness Act,” will start going into effect around the country in the coming months and effectively ban trans women and girls from participating in women’s and girls’ sports teams.

On his first day as president, Joe Biden issued an executive order stating that his administration plans to fight for equality on behalf of LGBTQ Americans. While the order is largely symbolic, it does send a strong signal to the courts as the evolving patchwork of local laws on the issue gradually work their way through the legal system toward a showdown on the national level.

In the meantime, trans kids are left unprotected as the national dialogue continues to spread harmful disinformation and stereotypes about transgender people. Several young trans athletes have taken on this challenge and shared their personal stories with advocacy organizations and the media.

Emily Wilson, 13 – Emily loves basketball and played with the boys in her Boys & Girls Club for three years before coming out as transgender. Emily told Sports Illustrated that she’s bullied constantly at school, and being able to play basketball with the other girls would be a major comfort to her. Unfortunately, she lives in Mississippi, where the newly passed law prevents her from doing what she loves.

Lindsay Hecox, 19 – Lindsay trained for months to join the Boise State University track team, but since Idaho was the first state to pass a bill of this kind—banning trans women from women’s sports teams—she has been barred from participating. Now, she’s taking Idaho’s anti-trans bill to court, alongside the American Civil Liberties Union (ACLU).

William, 15 – William is a tennis player in North Dakota, where lawmakers are currently working on a bill that would ban trans kids of any gender from sports teams that don’t correspond with their birth sex. He wants to join the boys’ tennis team at his school next year and is frustrated with the disinformation being spread about trans kids. He told Sports Illustrated, “I mean, we’re kids, O.K.? We’re not out there to take people’s scholarships and stuff. No, we just want to compete. We don’t have a secret agenda.”

What are the facts?

The fact is, these bills have no scientific validity. It’s a common misconception that testosterone and physical performance go hand-in-hand. But this myth, along with so many other harmful stereotypes about trans people, is not based in reality.

All of the evidence that has been gathered about the physical and mental health of transgender folks points to the fact that affirming their gender is key to creating positive outcomes for trans kids. Making a trans girl play on the boys’ team is a type of conversion therapy, which has long been discredited as a practice to force trans kids into the gender roles that correspond with their assigned sex.

As these bills progress through their local legislatures, it’s important for parents to educate themselves about trans issues. ParentsTogether’s guide on trans kids is a good place to start. It’s also helpful to learn some ways to adjust your vocabulary to be more inclusive of trans folks, who could really use some extra support right now. 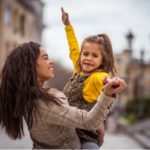 What does it mean to be a feminist? An explainer for kids 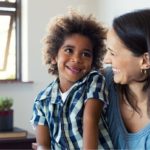 12 Great (and Still Kind!) Ways to Play an April Fools Day Joke on Your Kid