What does it mean to be a feminist? An explainer for kids

The word “feminist” gets thrown around a lot, but do you really understand what it means to be one? And do you have an idea of why and how you’d want your kids—of all genders—to be raised with feminist ideals?

Check out the explainer below for the true meaning of feminism, kid-friendly ways to introduce it, and ideas for fitting feminism into your busy family routine. Because feminism is for everyone!

What does it mean to be a feminist?

There are lots of myths and inaccurate stereotypes attached to feminism. Like, have you ever read or heard someone say that feminists hate men? Or that feminism means discriminating against men? That’s just not true! But it’s something most of us have heard, and if your kids haven’t been exposed to those false ideas yet, they will be eventually.

But you can help them understand what feminism really means and how important it is—for people of all genders. Here’s how to start…

“A feminist is anyone who’s committed to equal rights for all genders. A feminist can be a man or a woman, a political activist advocating for women’s rights, or someone who’s simply choosing to uplift women and girls in their everyday life.”

“The reason that feminism is usually associated with women’s rights and ‘girl power’ is that women and girls have historically had much less social, political, and economic power than men and boys.”

There are still a lot of unfair gender norms everywhere around us—talk about them with your kids so they can learn to recognize them. Just a few examples:

Anyone who wants more opportunities and a more just society for future generations should be trying to raise feminist kids.

Author Chimamanda Ngozi Adichie wrote that “to dream about and plan for a different world…this is how we start: We must raise our daughters differently. We must also raise our sons differently.”

No matter your child’s gender, you probably want them to grow up with feminist values, to be someone who:

Acknowledge invisible and emotional labor: When someone (often female) does a task that’s easy to take for granted—like organizing a playdate, making lunch, or restocking the toiletries—point that out to your child and discuss ways to thank or support that person.

Don’t ignore sexist comments: If you or your child sees or hears something that is disrespectful to women or trans people, don’t brush it off—discuss it! Ask questions like, “Do you think they would have said that to a boy?” and “How should we respond if that happens again?”

Consciously listen and learn from women and trans people: Actively seek out books, shows, videos, movies, and social media accounts that are not written by cisgender men, since their voices already dominate much of society. Kids absorb important values through the media you consume as a family.

Find ways to support people who have less social power: Lift up voices of marginalized folks by making sure they get heard at meetings and in classrooms. If you witness someone being ignored or pushed aside, you can speak up and say: “Hold on, I want to hear more about X’s idea.”

See what you can change in your own household: Is there a male family member who could take more responsibility for childcare or household tasks? Do you need to show more support for a boy’s interest in baking or a girl’s interest in building? Have you taken to calling all of the stuffed animals and inanimate objects in the house “he”?

Get involved in the community: Look for local organizations and campaigns that support the rights and needs of low-income women and/or LGBTQ folks, and see how your family can participate through fundraisers, events, volunteering, donations, and more. 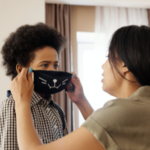 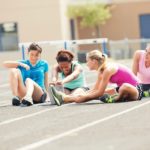 Trans Student Athletes Targeted in Legislation Across the US