It’s been one year since Insurrectionists stormed the United States Capitol on January 6th, 2021, in an attempt to stop Congress from making the results of the 2020 presidential election official.

Kids are likely to hear a lot about this difficult part of our history again as its anniversary approaches. How can parents and caregivers manage their own feelings about what happened while figuring out what to say to their children?

Talking with kids about what happened

Here are some approaches you might use to talk to your children about last year’s events at the Capitol if they come to you with questions.

“President Biden won the election fairly, but former President Trump and other politicians lied and said the election was rigged against them. His supporters attacked the Capitol and attempted to overturn the results so he could stay in power.”

“It’s like if a team lost a championship, but then the losing coach and players tried to steal the trophy from the winning team. But it’s important to remember that people voted, we counted all the votes, and Joe Biden won. That’s why he’s President today.”

“Even when things feel scary like on that day last year, I’m still hopeful. We live in a democracy—that means we choose our leaders through elections, and not by force. That’s why Congress came back and stayed up until almost 4 in the morning that day to finish their job and certify Biden as the next president.”

“It’s also why lawmakers are now introducing legislation like the Freedom to Vote Act and John Lewis Voting Rights Advancement Act, to create national standards that protect our rights, ensure that trusted local election officials count every vote, and prevent anyone from sabotaging the results of our elections. And it’s why we must continue to stand up and tell our elected leaders to pass that legislation so we can all exercise that right to vote—and so you’ll have that right when you grow up.”

“In our country, people have often used violence to get what they want or to keep other groups of people down. But over and over again, people who love democracy and justice have won out, and moved our country forward. Nonviolent resistance is an inspiring and powerful way to bring about change.”

What’s happened since—and how does this fight continue?

A year later, the attacks on voting rights haven’t stopped—they’ve only changed form. Conservative lawmakers have introduced hundreds of election sabotage bills to control election outcomes, criminalize election officials for doing their jobs, and give partisan poll watchers the ability to harass and intimidate voters. Some laws have even made it illegal to hand out water to voters waiting in line to exercise their vote.

That’s why it’s so important for the US Senate to pass the Freedom to Vote Act to protect our rights and prevent future attempts to sabotage our elections.

From an early age, kids in America are taught that voters decide the outcome of our elections, so a threat to voting rights this dramatic and violent can be scary for them—and for adults, too. Further, the power of disinformation and its ability to influence people is incredibly worrisome for parents, as our kids spend more time online potentially exposed to misinformation and extremist ideas.

Teach your kids about disinformation

Mounting evidence shows that Trump supporters, including elected leaders, used a deliberate disinformation campaign in an attempt to change the 2020 Presidential election outcome. Considering the role misinformation played in the events of January 6th, combating it is critical to prevent something like it from happening again—and to protect your kids in general.

Remind them that everything they see or read online isn’t necessarily true, and explain the dangers of letting misinformation spread. Help them develop critical thinking skills that will allow them to identify info that they should be wary of. You can start with this checklist from the World Health Organization—before believing and sharing content online, kids should:

Give kids a sense of agency

You can tell kids:

“When we make sure everyone’s voices are heard, we are better for it. That’s why it’s so important for lawmakers to protect our right to vote. Democracy means that the voters decide who gets to represent them.”

“I know some of this might feel scary or overwhelming, but most people in our country—people of all races, genders, ages, religions and sexual orientations—think that what happened on January 6th was wrong. We will work together to protect our democracy.” 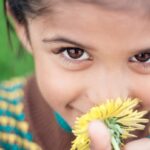 Is Your Child an Orchid or a Dandelion? 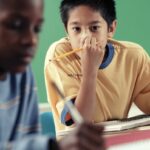