Why Isn’t There a Men’s History Month?

Kids often catch us off-guard with questions that are hard to answer (understatement of the century)! So if they see that it’s Women’s History Month, kid logic may cause them to ask something like, “Why isn’t there a Men’s History Month?”

It’s up to you to explain why it wouldn’t be a simple matter of fairness to put “men’s history” and “women’s history” side by side. Wondering how, exactly, to do that? The information below should help with some quick talking points, specific things to say to kids, and fun activities to help kids really understand.

Everyday life is already full of events, names, and images that commemorate things men have done.

Just look at a list of major holidays, and notice how many are honoring famous men in history. Or lay out all of your bills and coins to see who’s featured in the pictures. Even consider the buildings and institutions in your town/city—who are most of them named after?

The history we learn is basically “men’s history” by default.

Try this exercise with your child: Write down the first 5 important historical figures that come to mind—as quickly as you can, without thinking too much. Compare your lists, and count how many names are men vs. women. Then discuss the “why” behind these numbers.

The truth is that women have achieved plenty throughout history—but men often got credit for their work.

Here are just a couple of examples:

For centuries, men have had significantly more power than women—and that’s because there were laws that simply gave men more rights.

For example, the following rights have all been intentionally prohibited for women at some point in U.S. history:

Of course, powerful men were the ones making these decisions about what women could and could not do.

When men hold more power than women in various realms such as the government, businesses, and domestic life, that’s what we call a “patriarchal society” or “patriarchy.”

Although women do have more legal rights nowadays, many of these patterns of male dominance still exist. That’s why there’s still a need to balance things out by lifting up women’s efforts, achievements, and voices.

Don’t we all want our daughters (and sons!) to be able to see examples of women who’ve been leaders, inventors, and trailblazers in many different fields?

Initiatives like Women’s History Month can help families and educators find that kind of gender representation for our kids and future generations!

In the end, it’s always good to remember that celebrating one group of people doesn’t take anything away from another group. So when we give women the recognition they deserve, we aren’t hurting anyone else! 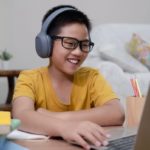 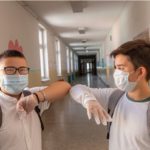