Native American Heritage month is a great opportunity for families to celebrate the contributions of indigenous people to our country. In a society that tries to value diversity, we too often neglect to include Native American identities and tend to only learn about them in a historical context.

To make sure your kids (and you!) are well aware that Native culture is not only a thing of the past, learn about some indigenous role models who are still making their mark on the world today. To give you some examples to start with, here are five notable indigenous people with a range of talents and passions who are sure to inspire your family—plus specific ways to introduce your kiddos to them.

Cynthia Leitich Smith, an award-winning fiction writer and member of the Muscogee Creek Nation, has authored more than a dozen children’s and YA books featuring indigenous protagonists. She has spoken out on the need for more diverse representation in children’s publishing, and is currently at work launching Heartdrum, an imprint of HarperCollins that will publish a wide variety of children’s books by indigenous authors.

Read one of Smith’s books along with your child—depending on their age you could start with Jingle Dancer (picture book), Indian Shoes (chapter book), Rain Is Not My Indian Name (middle grade novel), or Hearts Unbroken (YA novel). Discuss the Native protagonists’ experiences and how they make you feel.

Philip Yenyo, an activist who is executive director of the American Indian Movement of Ohio, has been protesting the name and logo of the Cleveland Indians baseball team for almost three decades. The team finally discarded the racist caricature of Chief Wahoo as its official logo last year, and this year stated that they were open to discussing a name change as well. (Yenyo suggests that the team could revert to its old name, the Cleveland Spiders.)

Show kids this 5-minute video of Yenyo speaking to Cool Cleveland back in 2015, to help them understand that it can take many years of perseverance and action in order to get their voice heard—and ultimately see changes take place.

Bethany Yellowtail is a fashion designer who uses inspiration from her Crow and Cheyenne heritage to create powerful pieces for her label, B. Yellowtail. She has also been involved in social justice activism such as the Women’s March and Standing Rock protests, and has created fashion pieces both for and about indigenous women activists.

Watch the excellent six-part documentary series on Yellowtail, alter-NATIVE, to understand more about her fashion decisions, her rising career, and how she makes every piece of work meaningful. You can enjoy the episodes (which are only about eight minutes long) together over the course of a week and let them spark discussions about possible career paths, art and design, and more.

Winona LaDuke has dedicated her life to many of the land and environmental issues that affect Native Americans and the planet as a whole. At age 18 she became the youngest person to address the United Nations about American Indian concerns. She worked to recover stolen Ojibwe land in Minnesota, and then led projects to ensure that the recovered land would be used in a sustainable way that also honored the Ojibwe culture. Now she works to get funding for Native environmental projects across the country. She was also a two-time vice presidential candidate on the Green Party ticket, and has authored several books.

Read the first few quotes by LaDuke in this list with kids and talk about the meaning of some of the key words such as activist, ancestors, and sustainable. Read LaDuke’s piece “How to Be Better Ancestors” for a deeper conversation on what she really means, and reflect on what kind of ancestors you want to be for future generations.

Stevie Salas is an accomplished Mescalero Apache rock guitarist who has played with George Clinton, Mick Jagger, Justin Timberlake, and others. He also composed music, including for his own albums and for movie soundtracks. Later in life he focused on TV and film, serving as music director for American Idol as well as producing the documentary Rumble: The Indians Who Rocked the World, which highlights Native American rock musicians throughout the years.

Watch the “Fitting In” clip from Rumble in this TeachRock lesson for a glimpse of Salas and some other Native musicians talking about their cultural identities. Browse some of the other TeachRock lessons and video clips, or watch the full Rumble documentary. If you and/or your child have never heard about the indigenous influence in American rock music, discuss why that might be the case. 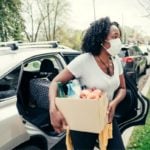 Finding Food: Where You Can Get Free Meals on Thanksgiving and Beyond 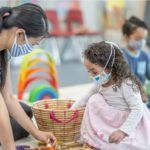 How To Celebrate and Support Your Kids’ Caregivers 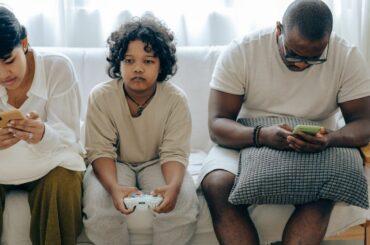 The Office for Civil Rights has proposed an expansion of its federal student data collection to include students who identify as nonbinary. Rido / Canva Pro | Illustration ParentsTogether 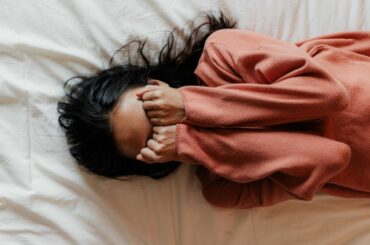 How to Avoid Transferring Anxiety To Your Children