How can we change that for the next generation, so that they see AAPI history simply as American history? The key is to make history relatable, which is not hard to do if you know where to start.

The building of the first transcontinental railroad in the 1860s was extremely hard work, especially for the 15,000 Chinese laborers who shoveled heavy rock, blasted through cliffs, and risked avalanches to create a route through the western mountains.

These Chinese workers were paid less than European American railroad workers—and weren’t given much credit either.

Before this railroad was complete, it took several months to travel between the east and west coasts. Afterwards, travel time was shortened to about a week—a huge boost for America’s economy and infrastructure! Now, cross-country travel is something we take for granted.

The Filipino- and Mexican-led strike also set a powerful example for nonviolent social movements to come. Who knew that there was so much history in a bag of grapes?

This amazing diversity of restaurant choices is mostly thanks to Asian immigrants and Asian Americans whose entrepreneurship changed the landscape of American popular food over the course of the past century.

Chinese takeout restaurants, in particular, are as ubiquitous as major chains like McDonald’s and KFC—but they actually became so numerous at first because Chinese immigrants were only allowed to enter the country under a “merchant” visa.

The Invention of Surfing

Surfing is an ancient sport invented in the Polynesian and Hawaiian islands in the Pacific, where men and women of all social classes would ride the waves while standing on boards.

When Hawaii became a popular tourist destination, the sport of surfing entered American culture. Surfing got big partially thanks to Duke Kahanamoku, who was a surfer, Olympic swimmer, and actor from Hawaii.

Now surfing is not only a global competitive sport, it also represents an iconic culture, lifestyle, and multibillion-dollar industry. That’s something to think about every time you see someone in board shorts.

If you’ve spent time in hospitals, you may have noticed that a lot of nurses are of Filipino descent. In California, 20% of all registered nurses are Filipino. The reason has to do with the history of the Philippines and the U.S.

From 1898-1946, the Philippines were a colony of the U.S. As part of American efforts to “civilize” the Philippines, American-style nursing education programs were set up.

Later, after WWII when there were healthcare shortages in the U.S., the U.S. encouraged nurses from the Philippines to come and work. To this day, Filipino American nurses have dedicated their lives to patients, including on the frontlines of the Covid-19 pandemic.

Throughout history, various AAPI groups have faced racism, including by the U.S. and state governments. Most Asian immigrants were specifically restricted from entering the country—and even those born on American soil were not allowed to become citizens for a long time.

And during WWII, more than 120,000 Japanese Americans—even 70,000 of them who were U.S. citizens—were seen as a political threat so were forced out of their homes and into prison camps.

Because of these discriminatory policies and more, Asian Americans have always been seen as foreigners, not “regular” Americans.

Much of this anti-Asian sentiment persists to this day. But you can support Asian Americans and Pacific Islanders—honoring them and their important contributions throughout history—by standing up in simple ways every day. 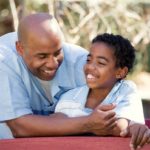 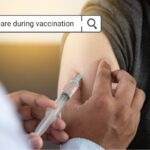 Free Childcare Available for Parents and Caregivers Who Get Vaccinated