Starting on Day 1, children are inundated with gender stereotypes—pink bows and babydolls for girls, trucks and toy guns for boys. These things may seem innocent enough, but after years of constant reinforcement by media, family, the language we use, and society in general, these stereotypes can start to manifest in children in harmful ways.

As they grow up surrounded by these expectations around their gender, children will gradually come to understand that there are certain clothes, toys, activities, and behaviors that are only for girls, or only for boys. These rigid stereotypes will eventually become part of their worldview which can lead to internalized feelings of inadequacy or resentment—or even cause them to treat others in hurtful ways when they don’t fit into their expected gender roles.

How does toxic masculinity fit into this?

The set of stereotyped expectations around men and boys is often referred to as “toxic masculinity.” Toxic masculinity puts pressure on boys to be tough and emotionless. These societal ideas of what it means to “be a man” are extremely harmful, not only to boys, but to families and society in general.

Toxic masculinity is one of the root causes of many forms of sexism, violence, and untreated mental health issues in men and boys. Boys are discouraged from seeking help or showing any sensitivity for fear that they might be perceived as weak. Instead of looking for someone to talk to when they’re feeling upset, boys exposed to toxic masculinity may lash out in anger or violence instead.

Putting a stop to toxic masculinity starts at home.

These five steps are a good starting point for families who want to challenge gender roles in their own households. Take note of which of these things you’re already doing as a family, and which ones you could start incorporating into your lives.

As we learn more as a society about the trouble with gender roles, we can start to unlearn the deeply ingrained notions we have about what it means to be a boy or a girl. Gender is a spectrum, and not everyone falls exactly into one category or another, so it’s really important to let each child be exactly who they are and support them unconditionally.

The more we can show children that strength does not have to go hand in hand with machismo and dominance, the more comfortable kids will be in their own skin, and the more respectful they’ll be of others. 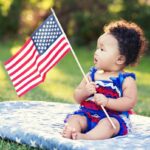 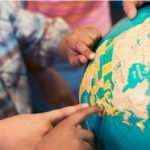