If mornings are brutal at your house, what with early school start times and grumpy, tired kids, some relief may be coming your way.

California just became the first state to push back school start times for both middle and high schools, and more states are considering adopting the same measure.

Teens are wired to sleep later.

Many health officials and organizations, including the American Academy of Pediatrics, have long advocated for later school start times. They point to studies that found getting more sleep because of later start times leads to better health, attendance, and school performance overall.

The School Start Time Committee in Norwalk, Conn., where later start times are being considered, points beyond academic performance to other benefits of adolescents getting adequate sleep. In their report, the committee asserts that later school start times (and the associated extra sleep) will improve “cognitive function, creativity, athletic performance and mental health. Adequately rested teens are also less likely to be injured, involved in car accidents, engage in substance abuse, or commit suicide.”

The new law in California will not apply to any optional, before-school classes, which are sometimes called zero periods. This means a child who’s enrolled in one of those early classes may have a gap of time between the end of that period and when school officially starts. California schools and school districts have three years to plan for and implement the changes, so they can figure out what will work best.

Luckily, there are states with school districts who’ve already pushed their start times that they can study for help.

For example, schools in Seattle, Washington, pushed back their start times in 2016. Two years later, the University of Washington conducted a study that showed Seattle teens slept about 34 minutes more as a result of the start time switch from 7:50 a.m. to 8:45 a.m.

Schools in some Florida counties and other states have also begun to push back school start times. A change in school start times affects not just students and parents, but a community overall, as it impacts commute schedules, bus routes, and more. As a result, many advocate that this be decided at the local level, where officials can work with the community to find an approach that will work specifically for them.

Do you think a later start time is a good idea? Join the conversation on Facebook and let us know. 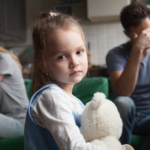