What if someone told you that the path to a well behaved child lies in showering them with praise — at least five times per day, to be exact?

A small team of researchers at De Montfort University (DMU) in Leicester, England, has developed the 5 Praises a Day Initiative. “Children who are praised by their parents at least five times a day are better behaved, calmer and less inattentive than those who are not,” the university reported in an article about the program.

Based on previous studies and a questionnaire that was sent to parents after being trained on how to praise children effectively, the initiative nudges parents to focus on what their kiddos do well every day — even if it’s just getting dressed on time. This reinforces positive behavior and helps foster a more positive relationship between parent and child. Parents who followed the ‘5 Praises a Day’ recommendations over a four-week period reported a significant improvement in their kids’ behavior.

The key is to be specific and swift.

The sooner you can “praise them in the act,” the better, says lead researcher Joanne Faelling. Being specific and descriptive helps children remember why it is they’re being praised, increasing the likelihood that they’ll behave in the same way again.

Also important is praising effort, not ability, as previous research shows children respond better when effort is recognized over an achievement.

Researchers also advise parents to “look for little changes and successes.” Your child doesn’t need to do something huge, or do it perfectly, to be praised. Giving them positive feedback for the little steps along the way (putting books on the shelf as they work toward completely cleaning their room, for example) is great, too.

All kids misbehave, but if yours happens to do so more than others, it’s easy to get trapped in a cycle where it feels like you’re always correcting them, something that’s not fun for parents or children. Switching the mindset so you can focus on what’s going right, however small, can make a significant difference, say researchers. 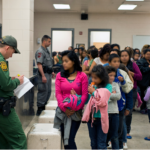 The U.S. Detained an Unprecedented Number of Migrant Children This Year 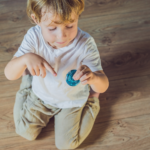