The U.S. Detained an Unprecedented Number of Migrant Children This Year

The Numbers, And How We Got Here

New government data reveals that 69,550 migrant children were held in U.S. government custody over the past year — up 42 percent from 2018. This record-breaking number was reported by the Associated Press (AP) in their joint investigation with the PBS series Frontline on the treatment of migrant children.

According to the AP report, “Some of these migrant children who were in government custody this year have already been deported. Some have reunited with family in the U.S., where they’re trying to go to school and piece their lives back together. About 4,000 are still in government custody…And more arrive every week.”

To make matters worse, the Trump administration’s “zero tolerance” policy for anyone crossing the border without authorization created a rapid increase in the number of detained migrants, without adequate capacity or tracking systems for that many people. This led to international outrage when authorities lost track of hundreds of children after separating them from their families.

The Case Is Closed, But The Problem Remains

The judge ordered in the ACLU’s favor, but despite the court order, the administration continues to separate children from their families at the southern border. Several formerly detained teenagers and parents who had been separated from their children agreed to speak about their experiences to the press on the condition of anonymity, out of fear for their safety.

One teen from Honduras saw other detained kids his own age harming themselves out of severe depression or anxiety. “They would cry sometimes, alone, or they would hit themselves against the wall,” he told AP.

The Health and Human Services Office of Inspector General has repeatedly found shelters housing child migrants where medical care, including mental health care, and other basic needs were insufficient. Since the sharp rise in the number of children who have experienced the trauma of family separation and detainment, more individuals and organizations have begun to speak out and take action.

Dr. Jack Shonkoff, M.D., a child development scientist at Harvard University, released an issue brief, and testified to Congress, about what he calls the “toxic stress” of child separation. When a child goes through a trauma, they experience toxic stress which can disrupt development and cause long-lasting impacts on their mental and physical health, as well as a number of other negative consequences both individually and societally.

Located right across the street from a Tijuana shelter for migrants seeking asylum, the center serves children up to age six with a safe space, a preschool learning experience, and a place for families who were separated to reunite and bond. Educators at the Nest also train some adult refugees to teach preschool basics to other children.

Despite the efforts of the many people who oppose family separation and child detention, thousands of children remain in government custody today. 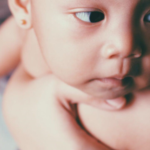 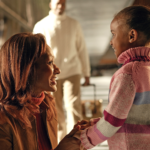