It Might Seem Harmless, But Lying To Your Kids Has Long-Term Effects

“If you don’t stop that, I’m going to have to leave you at the store.” It might make kids behave better in the moment, but what do these types of lies—and other even more harmless-seeming ones—do to kids in the long term? A recently published study examines just that question.

The study, conducted by researchers from universities in Singapore, Canada, China, and the United States, was based on the questionnaire responses of 379 Singaporean young adults. The respondents were asked about how much their parents lied to them as children, how much they currently lie to their parents as young adults, and how well they handle the challenges of adulthood.

The psycho-social problems identified in the young adults who were lied to as children included disruptiveness, conduct problems, selfishness, manipulativeness, and feelings of guilt and shame. Previous research from 2017 studied a different population (students at a North American university) and came to very similar conclusions.

Lying to kids might be more common than you think.

Setoh Peipei, the 2019 study’s lead author, said, “Parenting by lying can seem to save time especially when the real reasons behind why parents want children to do something is complicated to explain.” Indeed, the types of parental “lies” brought up in the questionnaires were common ones that most parents have probably resorted to, related to eating, leaving or staying, misbehaving, and spending money—for example, “I didn’t bring money with me today, we can come back another day.”

But as the lead author concluded: “Parents’ dishonesty may eventually erode trust and promote dishonesty in children. … Parents should be aware of these potential downstream implications and consider alternatives to lying, such as acknowledging children’s feelings, giving information so children know what to expect, offering choices and problem-solving together, to elicit good behavior from children.”

The researchers pointed out the need for more in-depth research into parents’ deception practices and the effects. For instance, future studies could interview the parents themselves and compare different motivations behind the lies told—such as asserting power versus practical time constraints.

For a lot of parents, this research simply confirms our gut feeling: When we do lie to children, we feel badly afterwards—and now we better understand the reason behind that feeling. Consistency and honesty are only achieved in children if we do our best to practice them ourselves. But to those of us who have slipped up (all of us!), another thing to remember is that apologies really do help. 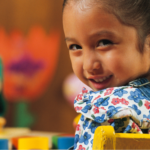 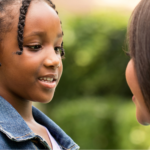 Identity Matters, And Parents Should Be Talking About It