A group of 40 Florida middle schoolers has created a magazine that’s all about gun control — and it’s aimed right at lawmakers.

Appropriately called First Shot, the magazine was conceived shortly after the shooting at Marjory Stoneman Douglas High School in Parkland, Florida, just 50 miles north of where these students attend school at the Everglades K-8 School in Miami.

Their goal? To persuade Congress to pass laws that would help prevent more mass shootings. The group is working on their second issue while trying to raise money to print copies for all 535 members of Congress.

Despite their young ages, the content of the magazine doesn’t sugarcoat the seriousness of the problem, nor how these kids perceive Congress should fix it. Essays and poems pay tribute to victims. Charts analyze the hard facts and statistics surrounding the increasing number of mass shootings. There are even haunting drawings of victims and stories of drills that provide more stress than preparedness.

The students don’t have a political agenda, they just want to promote gun safety, says Kelsey Major, the teacher who helped them spearhead the project. They want better mental health care in schools, laws that keep guns away from those who may be dangerous to themselves or society, and reasonable limits regarding gun ownership.

“We would not have even introduced this — this would be inappropriate if students were not being killed in schools,” Major recently told NPR. “But the mere fact that students are being harmed in schools in these mass shootings, and it seems as if very little is being done, we know that the topic is appropriate.”

Thanks to a $1,250 grant from the Education Fund, a nonprofit that supports public school teachers in Miami-Dade County, the students are planning a bus trip to deliver magazines to all of Florida’s federal lawmakers. Knowing there’s strength in numbers, the group is also hoping that students at other schools start magazines of their own. 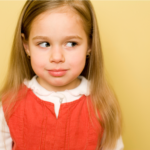 The Science Has Spoken: Kids Aren’t Being Rude When They Look Away From You 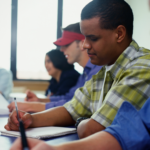 Should ‘Adulting’ Skills Like Budgeting, Self-Care Be Taught In Schools?