New data from a study about stress during pregnancy has revealed that kids who were exposed to Superstorm Sandy in utero were more likely to develop mental health disorders later in life. The children in the study had significantly increased risks for depression, anxiety, attention deficit disorders, and disruptive behavior disorders compared with the general population of the same age.

The study, led by CUNY Graduate Center and Queens College psychology professor Yoko Nomura, followed local pregnant women who were exposed to the storm during the course of the experiment. Nomura continued to follow the women and their children for several years to monitor the impacts of stress during pregnancy over time.

Researchers were stunned by the findings of the study. The rate of mental health disorders in the group of children exposed to Superstorm Sandy in utero was 69.2 percent compared with 51 percent in the control group. Stress-exposed children had five times the risk for anxiety disorders and ADHD, and 16 times the risk for persistent depressive disorder.

As the effects of climate change become more prevalent in the daily lives of families, storms like Sandy, pollution, and other environmental hazards will continue to pose an increasingly significant risk to kids’ physical and mental health. The physical harms resulting from damage to the environment and the increasing climate have been well-studied, but the field of research on the mental health impacts of climate change is still relatively new.

The United Nations recently released a new report on the impacts of the climate crisis on mental health. In addition to the stress and lasting mental health effects that environmental disasters were found to have on babies and pregnant people, the UN listed some other possible contributing factors to the mental health impacts of climate change:

In addition to the physical consequences of exposure to extreme weather and pollution, there is also the added anxiety that children may begin to feel about the future as they learn more about climate change. Our guide to talking to your child about climate change can help you navigate the topic with your family and ease any excess nerves they may be feeling about it. 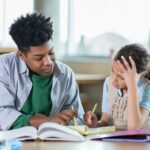 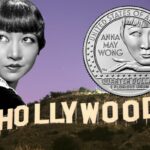 A new (historic) role model? Anna May Wong to be first Asian American on U.S. currency