Scientists recently found a striking correlation between a newborn’s fat and cholesterol levels and the child’s behavioral and mental health status five years later. The Stanford University researchers looked at the levels of “good” and “bad” cholesterol and triglycerides (a type of fat) in the umbilical cord blood of newborns in the UK, alongside teachers’ ratings of those same children’s social-emotional skills at kindergarten age.

This correlation held regardless of other factors such as the children’s ethnicities, socioeconomic backgrounds, body mass index, general physical health, and placement in special education classes. Even the mothers’ physical and mental health status before birth didn’t appear to affect the results.

The reason for the correlation is not yet understood, so the next step is to investigate whether the fat and cholesterol are actually causing the positive or negative social-emotional outcomes or whether they are an indicator of something else that is going on in the body.

Erika Manczak, Ph.D., the lead author of the study, says about the results: “It is surprising that from so early in life, these easily accessible and commonly examined markers of blood lipid levels have this predictive correlation for future psychological outcomes. What our study showed is really an optimistic finding because lipids are relatively easy to manipulate and influence.”

One possible interpretation of the study results is that too much unhealthy fat and cholesterol can lead to immune system dysfunction, which can cause bodily inflammation—which, in turn, can affect mental health. Dr. Manczak explains, “Bad cholesterol might promote greater inflammation across the body that influences the way children’s brains are developing or acting. That might ultimately be enough to nudge them on certain psychological trajectories.” 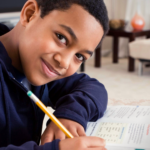 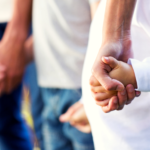 Co-Parenting in the Time of Coronavirus: How Parents Are Coping With This New Normal