The new, lower nutrition standards would reduce the number of fruits and vegetables served during school breakfasts and lunches. It would allow schools to offer potatoes (largely in the form of French fries) as a vegetable choice every day, and to sell more foods such as pizza and burgers — all foods laden with saturated fats that nutritionists warn are largely responsible for the childhood obesity epidemic.

Pressure from an unexpected source

Colin Schwartz, deputy director of legislative affairs for the Center for Science in the Public Interest, told the Washington Post that pressure from the potato lobby was one of the primary reasons for the changes. “The Healthy, Hunger Free Kids Act of 2010 has been called one of the most important obesity-prevention policy achievements in recent decades,” Schwartz said. “Yet the Trump administration seems intent on sabotaging it. While there’s plenty of room to strengthen school nutrition further, these proposals taken together instead are basically aiming a flamethrower at it.”

Schwartz further asserts that the rules, if finalized, “would create a huge loophole in school nutrition guidelines, paving the way for children to choose pizza, burgers, french fries and other foods high in calories, saturated fat or sodium in place of balanced school meals every day.”

In addition to the changes to lunch, the new rules would reduce the amount of fruit served at school breakfasts from one cup to a half cup, and replace them with sweet pastries and granola bars. This follows other recent changes by the Trump administration that included lowering the standards for whole grains, nonfat milk, and sodium, which allowed school lunches to become higher in fat, saltier, and more processed. This can be particularly impactful to students from lower-income households, where they might lack the opportunity to make up this nutritional deficit.

Last year the USDA released the School Nutrition and Meal Cost Study, the first comprehensive assessment of school meals after the implementation of Mrs. Obama’s Healthy, Hunger-Free Kids Act. It found that the healthy food changes prompted a sizable increase in the Healthy Eating Index (HEI-2010), a multicomponent measure of diet quality. Scores went from 49.6 to 71.3 out of 100.

Despite the current administration’s claim that waste and a lack of participation are the reasons for the changes, the 2019 USDA study also found that participation actually increased in the schools with the highest healthy food standards, and food waste remained relatively unchanged.

The fact that the administration’s own research points in a different direction leaves many critics asserting that politics and industry pressure played a huge role in the decision — and it’s our children who will pay the price. 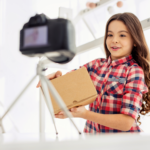 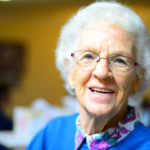