“How come there’s no White History Month?” An explainer for kids

The concepts of fairness and unfairness are a big deal to kids. So when something like Black History Month comes up, some kids may genuinely wonder: Why are we celebrating Black history? What about other people? Of course the important context of a history of centuries of inequality is complicated to explain to kids, but it’s necessary to have these conversations early and often.

So if your kid asks something like, “How come there’s no White History Month?” (or hears a classmate asking this), take it as an opportunity to learn more together. Here are some talking points to get you started. Under each suggested sentence to say to kids, there are more detailed explanations. There are also examples to use in this article, and questions to lead to further discussion as a family.

“Everyone is already required to learn a ‘white’ version of history.”

Look at a picture of all of the past U.S. presidents and vice presidents, and look at a picture of the “Founding Fathers.” Every American learns that these are the most important historical figures of our country. But there were also Indigenous, Black, and other people creating history during those times—why don’t they get the same attention?

There are many reasons, such as:

“Only white people were allowed to be American citizens for a very long time.”

The history of our country shows that most white American leaders wanted to keep the definition of “American” exclusive, by actively keeping Black, Indigenous, Asian, and other people out of the club.

Here are some key dates from history showing how this happened:

“White is still seen as ‘normal’ or ‘default,’ when other races and cultures aren’t.”

Here are some examples to get you thinking:

“When people complain about the lack of a ‘white history month,’ it’s a way of ignoring the fact that inequality still exists.”

Daniel Hirschman, Ph.D., a sociology professor at Brown University, explained to Vox that a common form of racism today is “the attempt to downplay how much inequality remains — economic inequality, political inequality, but also symbolic inequality, an inequality of respect and recognition.” There’s still inequality built into our society’s systems (like politics, healthcare, and even schools), as well as the very background of our daily lives (for example, how many towns and awards and buildings are named for white people).

As long as inequality continues to exist, we need to take specific action—including intentionally focusing on studying other cultures and history from other perspectives—to work toward bringing things into balance.

“Requests to celebrate whiteness in order to be ‘fair’ actually end up supporting the unfair systems that are in place.”

Celebrating whiteness and white history is sometimes used to keep white people in power, and hold other groups of people down. As Dr. Hirschman went on to say, “When white nationalist and white supremacist movements call to celebrate whiteness, they claim or imply that white people are under threat from nonwhite people. That is a cover to justify white people’s monopoly on wealth, income, property values, prestige, power, and other desirable things.”

Of course children (and some adults) who innocently ask “How come there’s no White History Month?” aren’t setting out to support white supremacy by asking this question; but it’s important to guide them towards a way of thinking that considers the historical context and other points of view.

“We all need to catch up on learning history from non-white perspectives.”

We have events like Black History Month (February), Asian American and Pacific Islander Heritage Month (May), Hispanic History Month (September 15 to October 15), and Native American History Month (November) to remind us to keep learning more about history from perspectives we don’t already hear and see every single day.

Hopefully, BIPOC-centered history lessons will continue to become more widespread, so that all kids can understand our country in a way that is not only more accurate but also helps them develop empathy for different kinds of people.

This article was originally published by ParentsTogether on February 8, 2021. 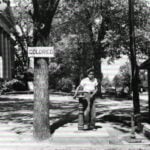 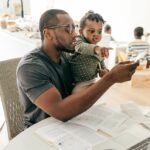