This year, for the first time ever, the median age of people giving birth reached 30 years old according to a new report from the U.S. Census Bureau. It’s becoming more and more common for folks in their 40s and beyond to decide to expand their families. Headlines about celebrities and public figures doing just that have also become more frequent — like actress Hilary Swank who recently announced that she’s expecting twins at the age of 48.

Swank explained her rationale for waiting until later in life to have kids to Extra. “I was having a career and not having the right relationship until…four years ago, and all the elements needed to come together and be right.” Like many other women, Swank made the choice to prioritize her career and personal stability before welcoming children into her family.

As the median age of new parents continues to rise and the notion of having babies after 40 becomes more normalized, more and more folks may start weighing the pros and cons of having kids later in life. Here are some of the particular joys and challenges that come along with having kids after 40:

The challenges of becoming a parent after 40

The benefits of becoming a parent after 40

Fertility challenges, once thought to greatly complicate attempts to conceive after the age of 35, are actually not as significant as we once believed. Normalizing pregnancy and childbirth later in life can help empower people to start their families at the time that works best for them, rather than feeling pressure to have kids before they’re ready. 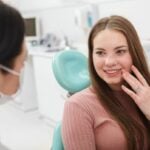 How to empower your teen to manage their own healthcare 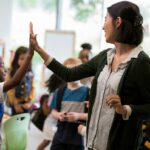