Playgrounds and schools need water fountains, but there’s a growing concern among parents about their safety, especially in light of the COVID-19 pandemic. One way to make them safer is to provide hands-free water fountain alternatives.

But first, it’s important to understand where the concern is coming from. According to several studies, water fountains are some of the germiest places. One study from the National Sanitation Foundation found more bacteria in the drinking fountains of elementary schools than in the bathrooms, and still more research found that most dog bowls are safer to drink from than the average drinking fountain.

Even the Centers for Disease Control and Prevention has expressed concerns about drinking fountains as schools prepare to reopen. According to their back-to-school guidelines, “drinking fountains should be cleaned and sanitized, but staff and students should be encouraged to bring their own water to minimize use and touching of water fountains.”

One company in Milwaukee, Wisconsin, has come up with a device that locks out the ability to use the water fountains by mouth, forcing every student to fill a water bottle instead. Called the Drinking Fountain Safety Cover Kit, schools like the Park School at Buffalo in Amherst, New York, are already using it. Other companies also make conversion kits that allow schools to turn existing water fountains into no-touch faucets or bottle-filling stations.

Another option available to schools and playgrounds is the foot pedal model of drinking fountains. Instead of using your hand to operate it, these require you to step on a pedal near the ground, something that younger kids may need help with but is still considered much safer than having them touch the actual fountain.

With several alternatives to traditional drinking fountains available and growing demand for them from parents, schools and playgrounds have options when it comes to exploring the best way to transition to no-touch water fountains. 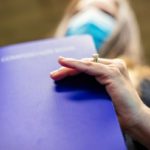 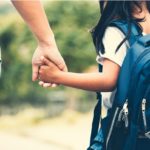