At his joint address to Congress on Wednesday evening, President Biden unveiled his new American Families Plan. The proposal, if approved by Congress, would be the largest increase in support for families in generations.

The President’s proposal comes after years of pressure from parents and other advocates who argue that low and middle income families are being squeezed by the growing costs and challenges of raising children—and partway through a pandemic that has laid bare the way in which our country fails to support families. As it stands, the U.S. currently spends less on its children than any other developed nation in the world.

The President’s plan features four major components—access to education, affordable child care, paid leave, and continuing the monthly child checks that will start in July as part of the expanded Child Tax Credit. Depending on the ages of the people in your household, there may be numerous policies in the American Families Plan that will directly benefit your family.

In his speech to Congress, Biden made the case that the government should guarantee four additional years of free public schooling in order for future generations to compete in the global economy. “Twelve years is no longer enough today to compete with the rest of the world in the 21st century. That’s why my American Families Plan guarantees four additional years of public education for every person in America, starting as early as we can.”

To achieve this, the President’s plan provides two years of free, high-quality preschool to all families, as well as two years of free community college to all who want it. (Both of these would require partnership and support from states as well.) These benefits would be available to all U.S. citizens and permanent residents, including Dreamers.

There is also funding in the plan to increase the maximum Pell grant for college students by $1,400 and to subsidize tuition for students of historically Black, tribal, and other minority-serving colleges and universities.

Families of young kids have been crushed by the growing cost of child care, which costs more than rent in many states. Under this plan, low- and middle-income families will have to pay no more than seven percent of their income on child care. Any household earning less than 1.5 times the state median income will qualify for this benefit.

The American Families Plan also addresses the quality of childcare, by providing funding for child care providers to increase their employee training capacity as well as raise their workers’ wages to a $15 hourly minimum.

If Congress approves this plan, the United States will finally join the rest of the developed world in providing guaranteed paid family and medical leave to workers.

According to a fact sheet from the White House, “It will guarantee twelve weeks of paid parental, family, and personal illness/safe leave by year 10 of the program, and also ensure workers get three days of bereavement leave per year starting in year one. The program will provide workers up to $4,000 a month, with a minimum of two-thirds of average weekly wages replaced, rising to 80 percent for the lowest wage workers.”

Compared to many previous plans, this proposal expands the circumstances  that would qualify someone to take paid leave, responding to the growing recognition that there are a number of circumstances where paid leave is essential, beyond simply getting sick or having a child. Under this plan, workers could get leave for:

This new plan calls for a popular policy from Biden’s recent coronavirus relief package, the American Rescue Plan, to be extended. The expanded Child Tax Credit, through which parents and legal guardians receive Child Checks of up to $300 a month per child, will continue through 2025 if the proposal passes. This move alone would cut child poverty in half—in addition to providing much needed support to middle income families. Many advocacy groups are calling for the checks to continue permanently beyond 2025.

Until this year, the Child Tax Credit has not been “refundable,” meaning it has not gone to those families with low enough incomes that they don’t pay taxes—even though they often need support the most. The American Rescue Plan changed this for 2021, including lowest income families for the first time—and the President’s new plan would make this change permanent—which is a huge deal for struggling families.

Child hunger is a major problem in the U.S., and has only gotten worse during the pandemic. Biden’s proposal requests $45 billion for food insecurity, specifically for free and reduced priced meals for children. The new Summer EBT program, which has been providing summer meals for children in low-income families, would be extended beyond next year, to provide summer food support for all 29 million kids receiving free or reduced-priced lunch during the school year.

School meal programs will also be expanded to make it easier for schools to participate in Community Eligibility Provision (CEP) which allows schools to provide all meals free for their students.

How We’ll Pay For It

President Biden expects the plan to be fully paid for over 15 years by closing tax loopholes on the very rich, and that it will actually reduce deficits over the long term. In fact, almost half of the plan would be paid for by simply enforcing the tax rules already on the books by giving the IRS funding to make sure upper income taxpayers aren’t dodging taxes.

Biden’s plan will also move the income tax on the top one percent back to where it was several years ago. Families earning less than $400,000 annually will not pay any additional taxes. In fact, most families will enjoy several tax cuts under this proposal through healthcare, child care, the Child Tax Credit, and the Earned Income Tax Credit.

The fate of the President’s sweeping proposal now rests with the closely divided congress, who must approve most of the elements of the plan. Parents’ organizations, advocates and grassroots groups say they will press Congress to strengthen and pass the plan, along with the American Jobs Plan the White House laid out last month. The debate over both proposals—which could be combined into a single bill—is expected to stretch into the summer.

Many members of Congress like to style themselves as champions of working families. With so many urgent priorities on the line, this debate will give parents a chance to see where they really stand. 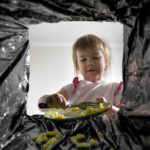 6 Things Parents Can Do At Home To Reduce Food Waste 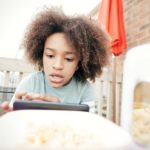 From Predators to Privacy: How Parents Can Protect Their Kids Online