Children Are Among the Most At Risk From Deadly Viral Outbreak

Multiple Michigan counties have placed a ban on outdoor school field trips due to a potentially deadly mosquito-borne virus that has already claimed several lives. At least 9 people have also been diagnosed in Massachusetts and cases have been reported in Indiana, Wisconsin, Connecticut, Rhode Island, and Ohio. School age children are among those most at risk, according to the Centers For Disease Control and Prevention (CDC). The disease is fatal in 30% of those who contract it, and those who survive often suffer ongoing neurologic problems.

The Michigan Department of Health and Human Services is urging residents to protect themselves from mosquito bites as the number of Eastern Equine Encephalitis (EEE) infections in both humans and animals continues to climb. It’s also asking schools and other organizations to consider cancelling or postponing sports and other outdoor activities that involve children until at least the first frost, when the mosquito population should begin to decrease.

Some Michigan counties like Berrien have already begun canceling events. “My daughter’s outdoor field trip was canceled this week as a result of the outbreak. They even rescheduled the Homecoming game so it would be over before dusk,” says Robyn Welling, a Michigan mother of five and the Digital Content Director at ParentsTogether.

Parents should protect their kids when spending time outdoors.

Despite the warm weather, authorities are asking parents to dress their children (and themselves) in long sleeves and pants when spending time outdoors. Some experts even suggest wearing mosquito repellent with DEET, a controversial chemical that some reports have linked to cancer. (It’s important to note that neither the Department of Health and Human Services nor the Environmental Protection Agency has classified DEET as a carcinogen.) “I’m not sure this is the time to start questioning recommendations for DEET,” Welling says. ”But luckily that’s not the only way to protect our children—or ourselves.”

Fever, chills, and body aches — symptoms very similar to the flu — are some of the first signs of an EEE infection. Others may include vomiting, diarrhea, and headaches. This can cause a lot of confusion for parents. Experts recommend visiting the doctor at the first sign of these symptoms to be safe.

According to the CDC there is no vaccine that will guard against EEE, so taking these precautions is your best line of defense. 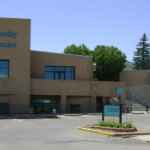 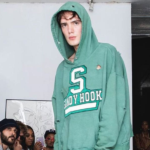 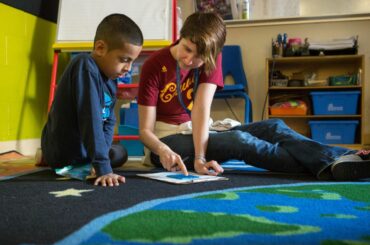 Data from a national test given to 9-year-olds earlier this year showed pervasive declines in math. Allison Shelley / The Verbatim Agency for EDUimages