Yes, Families of Color Are Being Hit Harder By the Pandemic—Here’s Why

Even if a virus can’t technically discriminate, the fact is that some racial groups are being hit harder by the coronavirus pandemic than others. The numbers reveal that Black Americans are dying of Covid-19 at higher rates than any other group in the United States. A recent NPR analysis shows that across the country on average, Covid-19 death rates among African Americans are almost double what would be expected based on the proportion of the population that they make up.

An analysis by The Atlantic took it one step further, stating, “When you account for age—black people are on average younger than white people, and should therefore be expected to die at a lower rate, not a higher one—black mortality is 3.57 times white mortality. A multiplier of 3.57 is a national shame.”

Why is this happening?

There are many different factors at play that contribute to these disparities in Covid-19 outcomes, reflecting the racial disparities in health in general in this country. For instance, there’s the lack of access to health insurance: Native Americans, African Americans, and Hispanic Americans are less likely to have health insurance than other groups. The resulting absence or delay of medical care not only negatively impacts the outcome when a person contracts Covid-19—reduced access to healthcare also increases the instance of underlying health issues that are shown to lead to more severe reactions to this virus.

Another key example is that black households in 2018 were twice as likely as the national average to lack the resources necessary to buy enough food. And this food insecurity, in turn, leads to higher risk of health conditions such as diabetes, heart disease, and hypertension—all of which translate to higher vulnerability to Covid-19.

There are also environmental health reasons, like the fact that highways, incinerators, industrial sites, and other areas with polluted air tend to be located where greater proportions of people of color live or attend school. The result is that these populations can be more vulnerable to lung-inflaming conditions including asthma and Covid-19.

Racial bias and discrimination are also at play when it comes to healthcare interactions and overall health. Studies have shown that healthcare professionals are more uncertain and less communicative with patients of color than with white patients, leading to less effective care. Also, it has been well documented that the lifelong stress of experiencing racism and racial disadvantages can lead to negative health outcomes.

And finally, there’s the racial breakdown of who’s actually able to socially isolate during a pandemic. For example, fewer than 20 percent of African Americans hold jobs that can translate to work-from-home arrangements. Black workers are concentrated in jobs where social distancing is not realistic, such as mass transit, home health care, retail, and other service jobs. In addition, African Americans make up the majority of the population of our country’s overcrowded prisons and jails, where social distancing is not possible, and disproportionately live in crowded rental housing where they’re more likely to be exposed to the virus. At least one study has shown that the greatest spread of the virus is among multigenerational households, or “crowded” homes where bedrooms are shared by more than one person—and Black and latino families are twice as likely to live in these types of households than whites.

All of these factors are tied into cycles of poverty and our country’s history of discrimination—and show quite starkly how the most vulnerable populations are less equipped during a public health crisis such as a pandemic. The virus may not discriminate, but society clearly does—and as long as that’s the case, the virus will continue to take an excessive toll on communities of color. 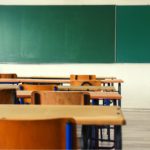 New Poll Shows Many Parents and Teachers Are Not Returning To School This Fall, No Matter What 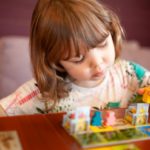