‘Am I not allowed to mention myself?’ Schools grapple with new restrictions on teaching about gender and sexuality

It happened in one class, then another.

An English teacher said they couldn’t talk about queer activists during a class discussion because they hadn’t sent home the required opt-out form.

A history teacher skipped over PowerPoint slides about the fight for gay rights during a lesson on the civil rights movement.

Another English teacher hinted that Oscar Wilde was, “you know,” instead of saying he was gay while teaching “The Picture of Dorian Gray.” Queer symbolism throughout the text went unmentioned.

To 17-year-old Aneshka, who asked that their last name be withheld, these were all indications that a new law requiring teachers to notify parents about lessons on gender and sexuality had had an effect at their eastern Tennessee high school. The omissions and “hint, hint, nudge, nudge” approach frustrated Aneshka, who identifies as queer and uses they and she pronouns.

“It felt kind of like turning something that’s a fact of history, and life, and my life, into something secret or taboo,” Aneshka said. “It was very much like this odd sense of: So, am I not allowed to mention myself?”

While a Florida law that prohibits lessons in kindergarten through third grade about sexual orientation and gender identity has drawn national attention in recent weeks, several other states have imposed similar restrictions.

On Friday, Alabama’s governor signed a law like Florida’s that bans instruction about those same topics for students in kindergarten to fifth grade. Montana, Tennessee, and Arkansas all passed laws last year that require schools to give families advance notice of lessons on gender identity and sexual orientation and allow parents to opt their children out.

Ohio, Louisiana, and South Carolina are considering restrictions like Florida’s. And lawmakers in Oklahoma and Tennessee have introduced proposals that would go further, restricting teaching on LGBTQ issues in a history or English class, for example, though neither bill has advanced.

Already these curriculum laws are affecting the choices some educators are making in their classrooms, leaving them and their students unsure about how to talk about LGBTQ content. The result is that sometimes it gets avoided altogether.

Coupled with other efforts, like those seeking to remove books from school libraries that include themes of sexuality and gender, it’s a climate that’s left many students and educators feeling a sense of whiplash.

“They honestly are so overwhelmed,” said Nashville teacher Cassie Norton of her students.

Norton co-sponsors her high school’s GSA club, where students gather to talk about gender and sexuality. Watching a slew of laws pass in quick succession — including a law that restricts teaching about race and racism and another law that restricts transgender students’ access to certain school bathrooms — left the students in the club feeling frustrated and isolated.

“By making it harder to have conversations in the general classroom environment, it’s making those issues worse,” Norton said.

Proponents of these measures have said it should be up to parents to decide when and how to teach their children about LGBTQ topics. And lawmakers who support these teaching restrictions have argued that elementary school students are too young to learn about sexual orientation and gender identity in class.

“We don’t need to be teaching young children about sex,” said Alabama Gov. Kay Ivey, when she signed the state’s new law. “We need to focus on what matters — core instruction like reading and math.”

Many students, school staff, and LGBTQ rights advocates have vocally opposed these curriculum restrictions, saying they could lead to incomplete and inaccurate lessons, make some students afraid to talk about themselves or their families in class, and exacerbate mental health disparities that already exist for LGBTQ youth.

While Montana’s legislation was being debated, for example, several high school students and recent graduates said they worried the restrictions would make it harder to access factual information at school about topics like healthy relationships and consent. “There is already a gap in the curriculum around comprehensive sex ed and this bill makes that gap a gaping hole,” said Clara Bentler, a University of Montana student who graduated from high school in Billings, in testimony to Montana lawmakers.

These issues are not new — there have been decades-long arguments about what children should learn about gender and sexuality in school — but observers say this moment is notable because of the number of proposals and the speed at which they’re spreading. Federal education officials have said they’re watching for potential federal civil rights violations.

Some educators in states with these laws now find they’re being extra careful when LGBTQ issues come up at school. One contemporary issues teacher in Tennessee said she added a disclaimer to her syllabus to let students and parents know the class would touch on topics like gender and sexuality.

When Norton taught students about the civil rights movement in U.S. history class this year, she let them pick which parallel movement they wanted to research on their own, and made it an option to learn about LGBTQ protests during the Stonewall uprising — so it didn’t require a form. And when Norton taught about President Reagan and the AIDS epidemic, she sent students home with the entire text of the state history standard to show the lesson was required.

These laws have had other ripple effects.

At Aneshka’s high school, for example, GSA club members had plans to host an “ally week” to teach their classmates about how they could support their LGBTQ peers. They found a short PBS video that provided tips and compiled a list of resources. Then they asked their principal if they could share those tools during the school’s advisory period.

But the principal told the students it wouldn’t be possible because there wasn’t enough time to provide parents with the legally required 30 days’ notice. So, instead Aneshka and other GSA members held smaller, optional events after school and during lunch.

“It’s definitely a lot more impactful than I thought, but in a much quieter way,” Aneshka said of Tennessee’s law. She’d expected some “visible fuss and some bureaucratic mess,” with extra permission slips. But the reality has been “just like silence.”

State education officials in Montana, Arkansas, and Tennessee have left it to local school districts to carry out their state’s laws about lessons on gender identity and sexual orientation. None issued guidance to schools, and none track how often parents are notified about these lessons or how often they opt out.

Both the Arkansas and Tennessee laws say teachers can mention the sexual orientation or gender identity of a historical or public figure without an opt-out form if it provides “necessary context” during a lesson. Teachers can also answer students’ questions on those matters if they’re tied to a class discussion.

In Florida, the new law requires that lessons about sexual orientation and gender identity for students above third grade must be “age appropriate” or “developmentally appropriate” and in line with state standards. But who decides that is up for debate, and the state has until June 2023 to provide guidance.

That’s left teachers trying to figure out the limits of these laws on their own, creating a climate in which some teachers worry that if they say the wrong thing, they could lose their job.

Anita Hatcher Powderly, who teaches sixth-grade English in Jackson County, Florida, and is part of a federal lawsuit challenging the Florida law, has already seen some evidence of that.

Shortly after Florida’s law passed, her schools’ sixth graders lined up to board school buses for a field trip. At first, there were going to be separate buses for boys and girls. But one transgender student, who wasn’t out to all their teachers and classmates, looked baffled about where to sit. Two of her colleagues “looked at me like: ‘What do we say?’” Hatcher Powderly said.

Before anyone could step in, it was announced there was only one bus, so it would be mixed-gender. But the scenario left Hatcher Powderly concerned.

When elementary schoolers turn to Nashville counselor Alyssa McGuire on issues related to gender or sexuality, she still does her best to help. Now though, the fear it could cost her her job hangs over her like “a constant cloud.”

Recently, a few female third graders at McGuire’s school told their classmates they were interested in being in a relationship with another girl. The girls got teased by their classmates and wanted McGuire to help them understand what was happening. They had lots of questions.

“They were like: a lesbian’s not bad, right?’” McGuire recalled. “‘Am I allowed to say that? Can I be a lesbian?’”

McGuire talked to them about how people can label themselves in different ways. She would rather risk a parent complaining and give her students the words to describe how they feel, she said, than make the girls feel dismissed.

“There are times when I think about the law, and think about the policy, and I decide I don’t care what the law says, I’m just going to help my student because that’s the priority,” McGuire said. “But it’s just sad that that’s even a thing I have to think about.” 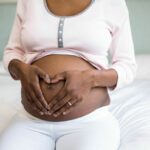 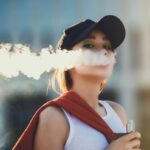 Worried about your teen and vaping? Here’s a script for how to talk about it