Childhood Exposure To Smoking Linked To Hyperactivity and Behavior Issues

Parents now have another important reason to keep kids away from second-hand smoke. A new study in the Journal of Child Psychology and Psychiatry links childhood smoke exposure to hyperactivity and behavior issues.

Lead author of the study, Lisa Gatzke-Kopp, PhD offers, “There is a lot of emphasis on the dangers of smoking during pregnancy, but our findings indicate that children continue to be vulnerable to the adverse effects of nicotine exposure during the first several years of life.”

And while research on the dangers of smoke for infants has typically focused on respiratory problems, the new research shows lung issues may be the tip of the iceberg.

The researchers looked cotinine levels in the saliva of over 1,000 children under the age of 4 (cotinine is found in the saliva of people exposed to smoke). Then they checked for behavioral and attention issues when the children reached first grade.

Unfortunately, children exposed to smoke were more likely to show hyperactivity and behavioral issues—even after researchers controlled for income, parents’ level of education and a host of other factors. And this was still true, even if those kids’ moms did not smoke during pregnancy.

The study’s authors suggest that, just as children are now routinely screened for lead exposure, it may make sense to test children for cotinine levels as well. They also recommend teaching families how to rid their homes of second hand smoke residue, including cleaning surfaces and clothing where smoke settles. 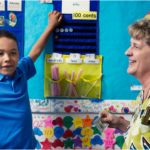 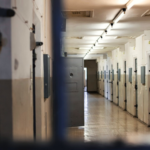