Does Your Kid Have an Unhealthy Addiction to Screen Time? Take This Expert-Designed Quiz to Find Out

Have you ever noticed that after being exposed to screen time, kids often demand more—almost like they’re going through withdrawal? It turns out, maybe they are—that’s because they are literally coming down from a dopamine high whenever fun activities stop. A study released by Common Sense Media revealed that time spent in front of a screen can trigger the same reactions in the brain as other rewarding stimuli (like sugar, or even heroin). And those dopamine rushes can reinforce habits that aren’t especially healthy.

Whether or not kids truly become “addicted” to screens in the same way people can become addicted to drugs or gambling is still up for debate. However, there’s evidence that all this dopamine has negative effects on our kids regarding things like impulse control and sleep. “This is why screens and electronics run the risk of keeping kids in a chronic state of hyper-arousal, leaving them agitated yet somehow exhausted,” reports Fatherly. “This heightened state makes it harder for children to retain information, perform in school, interact socially, relate to others, and self-soothe and regulate emotions.”

The issue of screen time limits comes up frequently for parents, and many parents worry that their kids are getting too much. Most of us keep our kids entertained with digital media to some extent, but is it a problem? Aside from simply counting hours and minutes, parents haven’t had a good way to measure how much their kids are actually “addicted” to those screens.

So how do you know if your child is getting more screen time than is healthy for them? A tool consisting of nine questions, designed by a psychology expert from Central Michigan University, might be able to help for families with kids age 4-11.

To see where your family ranks, rate each statement below on a scale of 1 (never) to 5 (always).

1. It is hard for my child to stop using screen media.

2. Screen media is the only thing that seems to motivate my child.

3. Screen media is all that my child seems to think about.

4. My child’s screen media use interferes with family activities.

5. My child’s screen media use causes problems for the family.

6. My child becomes frustrated when he/she cannot use screen media.

7. The amount of time my child wants to use screen media keeps increasing.

9. When my child has had a bad day, screen media seems to be the only thing that helps him/her feel better.

There’s no particular score that scientifically indicates an issue. However, if many of your answers are in the 3-5 range, you’re certainly not alone—but it is a sign that it’s time to take some measures to reduce screen use. You can check the American Academy of Pediatrics recommendations for ideas and guidance. Screen time might be an unavoidable (and at the very least, extremely convenient) part of modern parenting. But, it never hurts to make sure those habits are as healthy as possible. 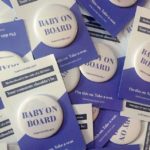 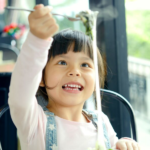