Studies Show Explosive Increase In Screen Use During Toddler Years

Recent studies show that screen use during the toddler years has exploded well beyond what is recommended for this age group. On average, the amount of time a child is on a screen nearly triples from age one to age three.

Two studies recently published in the Journal of the American Medical Association (JAMA) alert parents and experts to these growing statistics. Toddlers are in front of screens more than ever, which can impact their screen use later in life and potentially even their brain development.

Almost 4,000 mothers from New York were surveyed about the screen use of their children at five points in their toddlerhood, every six months between the ages of 12 months and 36 months. Their answers to the survey were compared to the results of surveys for the same children when they were 7 and 8 years old.

Results of the research showed that daily use of screens including televisions, computers, phones and tablets went from 53 minutes at 12 months of age to 150 minutes at 3 years of age. The study found that children in home-based child care and those of first time mothers had the highest amount of screentime by the time they reached elementary school.

Researchers concluded that excessive screen use starts at a very young age and that higher levels of screen use in the toddler years predicts higher use in elementary years, which could have important implications. “This finding suggests that interventions to reduce screen time could have a better chance of success if introduced early,” said senior author Edwina Yeung, an investigator at the Eunice Kennedy Shriver National Institute of Child Health and Human Development.

Screen use in Canada

A second study regarding screen time was devised from data on mothers and their children taking part in the All Our Families study at the University of Calgary. The Canadian study discovered that over 79 percent of two year olds and almost 95 percent of three year olds exceed the World Health Organization’s recommendation of no more than one hour of quality programming per day for this age group.

Researchers in the study found a correlation between moms’ excessive screen use and that of their children. This trend of screen overuse was even stronger for mothers who stayed home with their kids.

The study concluded that excessive use by a primary caregiver made it difficult for the family to promote appropriate guidelines, including “promoting opportunities for joint media engagement; deciding when, where, and how often screens are used; and reinforcing the need for sleep, physical activity, and device-free interactions to be prioritized to optimize child development.”

Providing and enforcing guidelines that keep screen use within acceptable limits is key to kids’ well-being and development, according to experts. “Families should proactively think about their children’s media use and talk with children about it, because too much media use can mean that children don’t have enough time during the day to play, study, talk, or sleep,” warns Jenny Radesky, MD, FAAP, who is the lead author of Media and Young Minds, the most recent policy statement from the American Academy of Pediatrics (AAP) focusing on screen time recommendations for infants, toddlers and pre-school children.

What we can do

In addition to no screentime for children under the age of one (aside from video chatting with loved ones), the World Health Organization recommends interactive play, tummy time and reading together during an infant’s first year. According to the AAP, “Some media can have educational value for children starting at around 18 months of age, but it’s critically important that this be high-quality programming.” Beyond that, they feel that “less is better” is the best approach to screen time for little ones. Not only is this screen time taking away important learning opportunities that involve human interaction and communication, it could actually be changing their brain development.

If you’re worried about your child’s screen time as they grow, take this quiz to see if it’s a true problem. Then check out these tips for reducing screen time to help your house get back on track. 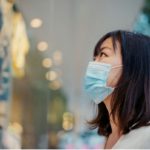 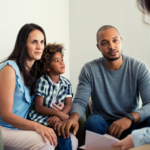