You and your family may have heard about reparations in the context of the larger conversation on racial justice, or around Black History Month or Juneteenth. Many people have a vague idea of what reparations mean, or even agree that they are needed, but may be fuzzy on the details.

Here’s a guide for parents on how to address this important racial justice concept with kids. Beyond learning more about events and figures in Black history—which provides an important foundation—a family discussion about reparations can help drive you and your kids towards meaningful ways to take action.

There are a lot of lasting economic repercussions to the centuries of oppression that Black communities have endured in our country due to slavery and other discriminatory policies. According to the Brookings Institute, “Today, the average white family has roughly 10 times the amount of wealth as the average Black family. White college graduates have over seven times more wealth than Black college graduates.”

So proponents of reparations argue that compensation is needed to level the playing field. Reparations are not just about money, though—they’re also about acknowledging the wrongs done and making sure they don’t happen again. According to the Movement for Black Lives’ Reparations Now Toolkit, reparations should include all of the following:

“Reparations means repairing harm that has been done. So for Black Americans, it would mean that the government and other institutions that have had harmful, racist rules would make up for these mistakes by apologizing, repaying Black people for what they lost, and making changes so that this kind of harm will not happen again. Reparations can also help begin to close the large wealth gap that still exists between Black and white Americans.”

Ta-Nehisi Coates, who wrote the acclaimed article “The Case for Reparations” in the Atlantic, argued that about 250 years of slavery, 90 years of Jim Crow, 60 years of “separate but equal,” and 35 years of racist housing policy was quite literally an ongoing theft of money and resources from African Americans.

Although slavery is an obvious example of people not being paid what they were owed and robbed of future opportunities, Coates highlighted the unfair housing and lending policies that led to continued loss of resources for Black families in very recent history.

“When people were enslaved they were being robbed of not just the ability to earn money, but also education, freedom of choice, and many other opportunities for success in the future. Even long after slavery was over, Black people were still often not allowed to do things that white American citizens could do, like get a fair loan or buy a home in any neighborhood they could afford. All of these unfair rules made Black Americans lose money and opportunities.”

Some examples of reparations efforts in history include:

“Reparations have been paid before, like when the U.S. government apologized for forcing Japanese Americans into internment camps during World War II, and paid the families affected. There are other examples too, but sometimes the government either didn’t pay enough people or didn’t actually trust people to receive the money directly.”

The U.S. government has never made reparations for slavery

The process of a large-scale reparations program would have to be much more than just sending a check to every Black American, Coates explained to the New Yorker. First, a study would be set up to determine how to calculate the harm done, who would be eligible for payments, and the most effective form of repayment (there is significant support in Congress now to begin such a study).

The Movement for Black Lives, Ta-Nehisi Coates, and others believe that reparations for Black Americans should go beyond slavery and should cover other forms of systemic racism, such as redlining, when the government and other lending institutions denied loans for homes in certain neighborhoods based on its racial demographics. Even Black Americans who are not descended from slaves have been likely to lose money, health, livelihood, opportunities, and more due to racist policies.

“To set up a large reparations program for Black Americans across the country, the first step is to do a lot of research on how much economic harm was done, and how many people were harmed, and how things could be repaired in the most effective way. A lot of Congresspeople agree that this reparations study should start soon. But one important question is whether reparations should only be for slavery, or also for other racist policies that existed after slavery.”

Reparations are not just for federal or state governments

Cities, colleges, and even families have committed to reparations efforts. For example:

Many white people whose ancestors were not even in the U.S. during slavery or Jim Crow laws have recognized that there are other ways they may have benefited from racist policies, such as through housing, education, or career opportunities, or inherited money or property. Reparations 4 Slavery and The Reparations Project have more ideas for making reparations or amends on a smaller scale, and even without large sums of money.

“Reparations don’t have to be on a huge scale. Towns, colleges, and even families have made reparations. When white or other non-Black people find out that they’ve benefited somehow from racist policies of the past, they can decide to take action instead of just feeling guilty.”

For more learning and discussion on reparations, the Movement for Black Lives’ Reparations Now Toolkit provides many useful examples, activities, and talking points for kids and adults. 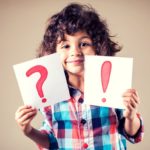 QUIZ: Do you and your kids know these Black history facts? 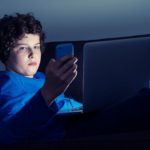 Kids Are Being Recruited Online Into Extremist Groups—Could Your Child Be At Risk?