Why Did the Extra Unemployment and Stimulus Checks Stop?

As the pandemic and recession drag on, American families are wondering when and how they’re going to get more financial relief. Meanwhile, lawmakers have been trying for months to agree on a new stimulus package, but political complications continue to delay the deal.

The enhanced unemployment checks that many families were relying on—$600 per week on top of standard state benefits, as part of the CARES Act—expired at the end of July, and it’s been months since the first and only round of stimulus checks. But the need for support has not expired: A recent NPR poll found that more than half of families in the country’s four largest cities are struggling to pay bills and access medical care.

In response to these needs, the House of Representatives recently voted to pass a stimulus bill, called the Heroes Act 2.0, that would reinstate the extra $600 per week in unemployment support and promise eligible Americans another one-time stimulus check. The bill also includes extra funding for education, childcare, and rent relief—needs which ParentsTogether identified in an Open Letter to Congress—plus coronavirus testing, tracing, and treatment.

However, to make the Heroes Act 2.0 law, the Senate would have to agree, and then President Trump would have to sign it, both of which are looking unlikely. Currently, the Senate is on pause until October 19, since three senators have tested positive for Covid-19. And Republicans are not in favor of some of the add-ons to the $2.2 trillion stimulus bill.

President Trump has been making conflicting statements about whether he supports a stimulus bill. During his hospitalization for Covid-19 treatment, he tweeted on October 3, “OUR GREAT USA WANTS & NEEDS STIMULUS. WORK TOGETHER AND GET IT DONE.”

But then on October 6, a day after his return to the White House, Trump said he was going to freeze all negotiations on a stimulus deal until after the election: “Immediately after I win, we will pass a major Stimulus Bill that focuses on hardworking Americans and Small Business,” he claimed.

Then in a more recent twist, after stock markets fell, Trump changed his tune on the night of October 6 and tweeted, “If I am sent a Stand Alone Bill for Stimulus Checks ($1,200), they will go out to our great people IMMEDIATELY. I am ready to sign right now.” In other words, the bill would not include any of the funding for education, childcare, rent, unemployment, or coronavirus-fighting infrastructure that the House Democrats voted to include. He did, however, tweet his desire to provide immediate relief to the airline industry and small businesses.

The political outlook on the stimulus deal seems to change by the day and even by the hour. In the meantime, families are simply left to wait. Kris Hoskins, a cook in Pennsylvania who has been struggling with unemployment since the beginning of the pandemic, told WPXI, “American people need help. That’s all there is to it. … That’s what the stimulus money should be going towards, keeping a roof over peoples’ heads. If they have a car, keep the car going, food on the table.” He added, “I think the government is playing with our lives. I’m not seeing any compassion.” 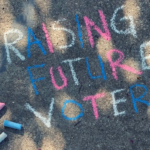 THIS SUNDAY: Families Across the Country #ChalkTheVote on Sidewalks Across their Communities Sharing Messages Urging Parents to Vote 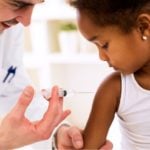 When will a COVID-19 vaccine be available—and should our kids get it?