For many American families, cities just aren’t as family friendly as they used to be.

According to 2020 Census data, many major U.S. cities (including San Francisco, Seattle, Boston, Miami, and Washington D.C.) have some of the lowest percentages of kids under 18. San Francisco, the most childless city in America, actually has more dogs than children!

Many large cities are increasingly set up to cater to professionally oriented people without kids, and don’t offer enough affordable housing options for families. And during the pandemic, some families were compelled to leave cities for more space or affordability: for example, in a period of 20 months, more than 5 percent of Boston’s children moved out of the city.

When it comes to affordable housing and education, too many people still consider the suburbs better. But that’s not necessarily true. There are plenty of benefits to raising children in America’s cities. For some families, leaving the city just isn’t an option anyway — not that they’d want to.

There are lots of ways to make the most of city life when you’re raising kids, without breaking the bank. Here’s a peek at a few:

Make getting around part of the fun.

City families usually have a choice of transit, from buses, trains, and cars to good old-fashioned walking. The latter can double as group exercise, getting kids used to physically moving each day. Not only does walking help boost physical health, it’s a natural mood lifter, too. Some cities have also introduced public bike and scooter systems, giving families even more fun ways to get around.

Who needs a backyard when you’ve got a front stoop? Have fun organizing a neighborhood potluck where kids — and adults — can get to know each other. You’d be surprised how quickly kids make full use of the sidewalk or start up interactive games with each other.

It’s not that you can’t find a diversity of food in the suburbs, but city life certainly provides more of it. From Ethiopian restaurants where everyone eats with their hands to Korean eateries where you sit on cushions on the floor, cities are chock full of culinary adventures that expose kids to different cultures.

Get to know other neighborhoods.

There’s less need to travel when going to another neighborhood is like stepping into a totally different world, culturally or architecturally. Check out a playground or ice cream shop in a totally new neighborhood from time to time and see how many new playmates your child encounters.

Play streets are temporary car-free streets where kids can play for a day or even just a few hours, and often access services such as free food, sports, and arts activities. Cities such as Los Angeles, Seattle, New York, and San Francisco have all created programs where residents can apply for a play street in their neighborhood.

When events like these occur, it almost always takes place in the city, giving children a front-row seat to see democracy at work. Even if you’re not the type to join the throng, letting children watch what’s happening — and explaining why — is a civics lesson they won’t find in any textbook.

When city life is right outside your front door, you can access museums, outdoor concerts, and other activities quickly and easily. In addition to keeping a steady eye on event calendars to stay in the know, city dwellers can just go out for a walk and see what they find. There’s no need to figure out where to park your car and what time to go to avoid the most traffic. 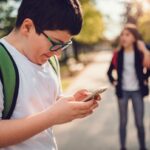 What to do if YOUR child is the cyberbully 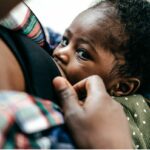 Breastfeeding in public: How to pull it off in comfort