How to protect kids from guns, the leading cause of child death

Car accidents were the leading cause of death among children for decades—but new research in the New England Journal of Medicine shows that firearms became the number one cause of child deaths in 2020. Gun-related fatalities jumped much more sharply among children, at a nearly 30 percent increase from 2019, while firearm-related deaths overall increased only 13.5 percent.

What’s behind the increase in gun violence?

While it may seem obvious to point to mass shootings as the primary reason for the increase in childhood gun fatalities given their drastic increase in recent decades, the vast majority of firearm-related deaths occur in smaller household or community incidents.

One reason that gun fatalities have overtaken automobiles as the leading cause of death among children is the rapid advancement in auto safety during the last few decades, while gun safety improvements have largely stayed stagnant.

Experts also point to the surge in gun ownership in recent years, along with the lack of vital safety measures among gun owners with children at home. A 2020 survey revealed that 40 percent of gun owners do not lock their guns, even when there are children present in the home.

Aisha King, a researcher who conducted the survey, attributes this in part to misinformation. Many parents of young children don’t believe their kids know how to find or access their guns. “A lot of times, the kids do know,” said King. “Guardians might think that training adolescents or older children is enough to keep them safe, that training means they don’t have to lock their guns. Unfortunately, a lot of adolescents are at high risk of suicide, and unlocked guns add to that risk – regardless of training.”

Ultimately, the best way to prevent gun-related fatalities among children is to keep a gun-free household. Kids are naturally curious and defiant, and children as young as 2 can be strong enough to pull a trigger.

If you do decide to keep a gun in the home, it’s important to keep in mind that simply hiding it out of sight is not enough to prevent possible injury and death. Here are some tips for gun safety in the home:

Talking to your child about guns

Having frequent, age-appropriate conversations with your family about gun safety can also help reduce the risk of gun-related injuries and fatalities. It’s also important to model the attitudes about guns you’d like to see in your children, so don’t make light of gun violence or make jokes about guns in front of your children. Here are some specific things you can say to your kids to increase their awareness of gun risks:

For older kids, it can also be so impactful to learn together as a family about the repercussions of gun violence on people and communities. Keeping communication open with your kids and teaching them the basics of gun safety will go a long way to prevent gun-related injuries and fatalities, regardless of whether you have a gun in your own home. 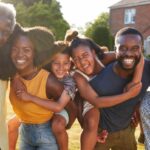 How to recognize and deal with generational trauma 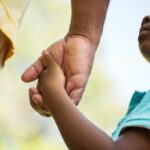