In Minnesota, a pregnant letter carrier said she had to use sick time to avoid working outside on hot days, draining her time off before her baby was even born. A Missouri retail worker quit her job after she said she was denied access to water, fearing that heat could impact her pregnancy.

These are just a few of the testimonies that A Better Balance, an advocacy organization that aims to improve conditions for caregivers in the workplace, has collected in their fight to pass the Pregnant Workers Fairness Act (PWFA). The legislation would require employers to provide reasonable accommodations for pregnant people, like water breaks or rest breaks, or a temporary change in work duties. And in the face of extreme heat and wildfires accelerated by climate change, which will worsen working conditions, advocates are urging Congress to pass it.

The bill passed the House in 2021 with overwhelmingly bipartisan support, and advocates say it has enough votes to pass in the Senate. They are calling on Senate Majority Leader Chuck Schumer to bring it to a vote before the newly elected legislature takes office in January, which would start the legislative process over.

“We see what happens when workers aren’t able to get accommodations and are forced to choose between continuing to work and really risking their health and getting pushed out and then not having a job when they have a baby on the way and losing critical income,” said Sarah Brafman, the national policy director for A Better Balance. “Passing this bill is a matter of dignity, respect, acknowledgement and, frankly, decency.”

The Pregnancy Discrimination Act of 1978 was meant to provide these protections to pregnant workers already, but its vague language has made it hard to enforce. The American Disabilities Act, also has been viewed as a tool to protect pregnant workers, but it requires that the person prove they need an accommodation due to a complication with their pregnancy. It does not offer blanket protections to pregnant people.

The PWFA, on the other hand, would more clearly define what is considered a reasonable accommodation and the responsibility employers have to their pregnant employees.

“It would close a gap in our laws by guaranteeing that pregnant and postpartum workers can get reasonable workplace accommodations, for pregnancy, childbirth and lactation so that they can stay healthy and working,” Brafman said.

These accommodations could include providing additional water and rest breaks, temporarily changing work duties, and allowing outdoor workers to transition to indoor work.

She continued, “So long as it doesn’t cause undue hardship on the employer, these are small changes that can really spell out the difference between a healthy pregnancy and putting pregnancy at risk.”

Advocates argue it is becoming more urgent to bolster workplace protections in the face of climate change. Outdoor work, like farm work, construction work and wildfire fighting, is becoming more dangerous due to summers of extreme heat.

In June 2021, a farmworker died on a tree nursery in Oregon while working during a heat wave, prompting the state to adopt a new heat rule to prevent future heat-related deaths. The U.S. Department of Labor has started a rule-making process to create a federal heat standard to prevent heat injury and illness, but the process will take years before it is finalized and is enforceable by the Occupational Safety and Health Administration (OSHA).

Pregnant workers, in particular, are more susceptible to the risks of extreme heat. The Centers for Disease Control and Prevention (CDC) explicitly states that pregnant people are more likely to get heat exhaustion and heat stroke due to the fact that they are cooling not just their own body but that of a developing fetus. Extreme heat can also cause dehydration, which can trigger labor, said Skye Wheeler, an emergencies researcher for the Women’s Rights Division of the Human Rights Watch, an international nonprofit.

“So if women were able to have extra water breaks, have a water bottle at their workstation, maybe sit on a stool rather than like work standing, for example, even a basic accommodation might be helpful,” Wheeler said.

Wildfire smoke, which advocates say is another danger to pregnant workers, has been linked to as many as 7,000 preterm births in California between 2007 and 2012, according to a study published last year in the journal Environmental Research.

And it’s not just the outdoor workers who need protections, said Wheeler, who submitted input to OSHA through its rule-making process on behalf of the Human Rights Watch. Women of color disproportionately work in low-wage jobs, like in kitchens or warehouses that might have no air conditioning or poor ventilation. And due to the climate crisis they now have to contend with the rising temperatures when they are back in their homes. “It’s just a kind of an accumulation of heat, and the body is constantly at stress,” Wheeler said.

Low-income communities of color also face higher exposure to heat in their neighborhoods due to factors like lack of shade and green spaces. In some cities, temperatures can be as much as 10 degrees hotter in lower-income neighborhoods compared to their wealthier counterparts. And with nighttime temperatures also going up due to climate change, it’s becoming harder to escape, especially for people who might not have air conditioning or extra money to pay climbing electricity bills.

Unlike the federal rule-making process, which can take well over a year, a move by Congress could take effect relatively quickly to alleviate some of these health impacts that pregnant workers face.

However, as a Senate aide for Democratic Sen. Bob Casey of Pennsylvania — who has tried to pass this legislation for a decade — told The 19th, a few Senate Republicans have put up roadblocks that impact scheduling the bill for a vote. Plus, the need to pass other important bills before the session is over, like the omnibus spending package, which funds the federal government, could also take precedent. The Senate aide said there is a possibility of attaching this bill as a rider to the spending package.

There are fears that if it doesn’t pass during the lame duck session, its chances of reaching the White House diminish. That’s because the bill needs to go back to the House for a second vote, due to changes in language in the original bill.

“Now that the House is flipped, it just hasn’t been a priority for that caucus,” Brafman said. “I think we really run the risk that it would again not be [a priority] and it would stall and not advance.”

But she hopes that’s not the case: “If it doesn’t get done we’re basically saying that pregnant people and women and moms don’t matter.” 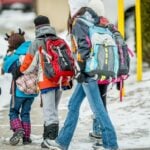 Ways to sneak more exercise into your family routine, even in colder weather 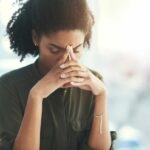