Seeing or hearing sexism in action can have lasting consequences for kids, especially girls who may start placing more emphasis on how they look than on what they have to say. Boys, too, feel the effects of sexism, increasing the likelihood that they’ll develop a sense of masculinity that lacks empathy and respect for the other sex. This is why teaching children how to recognize and shut down sexism is so important.

Below, find our simple script for specific things you can say and do to help your kids recognize sexism and shut it down when they need to, so they can grow up to appreciate and celebrate the limitless potential of all genders.

It’s never too early to start.

Kids as young as two begin to develop gender stereotypes. Even if you’re a model parent, outside influences beyond your control will reinforce them (you can’t avoid girls’ clothing sections full of pink dresses, for example). That’s why it’s important to specifically talk about it, so kids don’t end up internalizing false or narrow-minded assumptions about gender.

Provide examples that are relatable to kids.

Tune kids in to recognizing gender bias by pointing out examples from their daily lives.

Correct their language — and yours.

Lots of words, phrases, and habits are so common, it’s easy to forget their built-in gender bias.

When you do hear something sexist or belittling, ask your kids if they heard it too, and whether they thought it was OK. You can explain why you don’t find the language fair, accurate, or acceptable.

Encourage your child to stand up for what’s right when they witness sexism.

More ways parents can fight sexism with their kids. 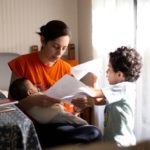 Returning to work after the pandemic: a guide for parents 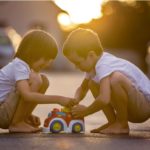 9 Tips For Raising a Generous Child