The pandemic has wreaked havoc on Americans’ mental health, but there are increasing signs that it’s pushing some teens to contemplate every parent’s worst nightmare: suicide.

In Las Vegas, Nevada, the surge in suicide rates among teens single-handedly pushed schools to reopen earlier than intended last year year, making it clear that teens are hurting as much as or perhaps even more so than adults during this pandemic. A heartbreaking video shared by a Texas father whose son took his life last year went viral and became the inspiration behind a new documentary, Almost 13, which explores how his 12-year-old son died as a result of the COVID-19 pandemic, but as his dad, Brad Hunstable, says, “not in the way you think.”

This is a problem that’s been festering for some time. In 2019, the year prior to the pandemic, teen suicide rates were already climbing according to a survey from the Centers For Disease Control and Prevention, with one in six teens reporting they’d thought about suicide. Another one in six said they went so far as to make a plan, and one in 10 reported actual suicide attempts.

The pandemic only worsened the problem. With so many students stuck at home unable to go to school every day, feelings of isolation set in, especially for only children or those whose home lives were already unstable. Suicide rates among LGBT youth and black teen males are especially of concern, as rates among these groups have been climbing faster than others in recent years.

Many experts believe the pandemic is compounding whatever problems or struggles already exist for these teens, making it increasingly difficult to know how to cope. Last year, former CDC Director Robert R. Redfield forewarned that a rise in teen suicides would become one of the “substantial public health negative consequences” of school closings.

Suicide has always been a concern among teens—it’s the second most frequent cause of death among teens behind accidents—but add on the stresses related to a pandemic and the mix becomes combustible. Families who are struggling financially have been especially hard hit, impacting teens who are old enough to understand that the consequences of a pandemic extend beyond public health.

How parents can help

One of the best ways to help a teen who you think may be considering suicide is to talk about it openly. Many parents think talking about it will only make their children consider it more, but that’s not the case. Letting your child know you’re open and willing to hear them out can make a child feel less alone. If they talk to you about their feelings, try to do more listening than talking. Reassuring them with love, acceptance, and understanding, as well as your adult knowledge that eventually even the scariest moments in life have a way of working out, can make a real difference for some teens.

Parents can also encourage a healthy lifestyle as much as possible. Adequate sleep, a healthy diet, and exercise all promote positive feelings. But it’s also important to be practical. Keep medications, alcohol, and weapons locked and put away, and if you notice your child seems blue or downright depressed, seek help immediately, before the problem has a chance to fester. Waiting for your child to come to you when they’re ready may be too late, but getting ahead can literally save their life.

From hotlines to family doctors to entire organizations dedicated to provide free support for families dealing with teen suicide, there are resources to help. The important thing is that parents seek that help and address any problems the moment they notice them.

For more tips on what parents can do to support teens facing both present difficulties and an uncertain future—as well as what teens can do to stay mentally healthy—check out the results of this important study from the Child Mind Institute. For more on all of the risk factors and warnings signs of teen and even tween suicide, visit MayoClinic.org. If you or someone you know is at risk of suicide please call the U.S. National Suicide Prevention Lifeline at 800-273-8255, text TALK to 741741, or visit SpeakingOfSuicide.com/resources for additional resources. 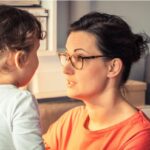 Why (and How) You Should Apologize To Your Kids 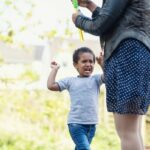 Causes and Solutions When Your Toddler Hits or Bites