Since 2005, YouTube has been offering audiences a virtual library of video content generated for and by its users. As our access to screens and internet connectivity have exploded over the past decade, kids are increasingly turning to YouTube and other streaming video platforms for entertainment, and even education.

There are thousands of channels made for kids, but because there is very little regulation of the content on the platform, not all of these channels are as enriching or as educational as they might seem.

In an ideal world, all parents would have the time to pre-screen every piece of content before their child sees it, but we all know this isn’t the reality. (We also know that you really don’t want to sit through dozens of PAW Patrol episodes any more than you already have to.)

ParentsTogether did a deep dive into the most popular YouTube channels for kids so you don’t have to. Millions of kids tune in to these channels to generate billions of dollars in revenue for the platform and its stars. Which ones are really worth watching, and which ones are better to avoid?

The Most Popular Kids’ Channels

CoCoMelon is not only the most popular YouTube channel for kids…it’s the most popular channel in the U.S., period. Nearing 500 million views per week, CoCoMelon produces content with the stated goal of, “[making] learning a fun and enjoyable experience for kids.” However, virtually nothing is actually known about the people behind the channel, except that they are making around $120 million per year in advertising revenue. There is plenty of fun content for kids here, but also lots of product placement and toy “unboxing” videos. This is one you’ll want to keep a closer eye on while your kids watch.

Like Nastya Vlog is actually the main channel among a host of family-friendly channels by Anastasia “Nastya” Radzinskaya and her parents, including “Stacy Toys” and “Funny Stacy.” Anastasia was diagnosed with cerebral palsy as a baby, and her parents began documenting her progress as she grew by filming her doing ordinary things. Now, her channels draw billions of views from fans who enjoy the fun adventures of Nastya and occasional co-stars like her dad, her cat, and her friends. This channel is pure fun, and with more subscribers than Taylor Swift, it’s a big hit both in the U.S. and around the world!

ChuChu TV is another channel that tops the list for young viewers. Unlike many of the other giant kids’ content generators on YouTube, ChuChu TV has curated a huge library of both educational and uplifting content. The racially diverse cast of cartoon kids sing songs, recite nursery rhymes, and telling stories. The videos are simple and repetitive which makes this channel perfect for preschoolers!

Ryan’s World was previously known as Ryan ToysReview and primarily featured videos of the channel’s namesake, Ryan Kaji, opening new toys and sharing his first impressions with the audience. Since gaining tremendous success though, the channel has expanded to more engaging content like skits and science experiments. ParentsTogether recommends being more selective with your kid’s viewing on this channel, but there is good content there if you look for it.

Kids Diana Show is a hugely popular channel based out of Ukraine. The videos feature Diana, a cute little girl who takes her audience on lots of pretend play adventures. There’s not much educational value here, and there are a good number of videos with relatively superficial content like trying on outfits or shopping. Take this one in small doses, and try to steer your kid toward the more engaging videos.

Toys and Colors is a channel featuring skits starring three kids named Wendy, Jannie, and Emma. The kids and a few of their family members act out skits where they mostly play and pretend with their toys. The videos are cute and entertaining, but don’t provide much educational value. Feel free to let kids watch this channel in small doses if they enjoy it, but make sure to mix in plenty of other stimulating content so they’re getting more educational value out of their screen time.

If you’re looking for some tried-and-true channels that you can count on for consistently challenging and fun educational content for young kids, there are lots of expert-recommended, parent-approved options out there.

Look for channels associated with an organization or establishment that you’re familiar with, like a media company, an education nonprofit, or even a museum. ParentsTogether found some excellent kids’ channels with trusted and stimulating content to get you started.

TED-Ed is brought to you by the folks at the TED Foundation who run the iconic conferences where brilliant thinkers and inventors present their big ideas in often widely-shared TED Talks. The kid-friendly YouTube video collection is appropriate for a wide variety of age groups, and especially perfect for very curious and inquisitive kids.

The Houston Zoo YouTube channel is great for kids and parents alike! Any animal lover can appreciate hundreds of fascinating videos about zoo animals and the people who care for them. You can introduce your child to animals like gorillas, elephants, and even a newborn giraffe!

Sesame Street has been educating and entertaining children for decades, and now their YouTube channel is making that entertainment even more accessible. With channels in other languages like Spanish and Dutch, videos elevating a diverse array of cultures and experiences, and dozens of playlists of short videos and songs, this channel is a treasure trove of parent-approved content for kids all over the world. 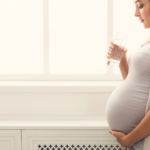 Study: Drinking Fluoridated Water During Pregnancy May Contribute To Lower IQ In Offspring 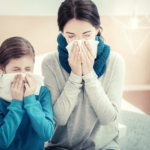 Just Like Chicken Pox, COVID-19 Is More Dangerous For Adults Than Children